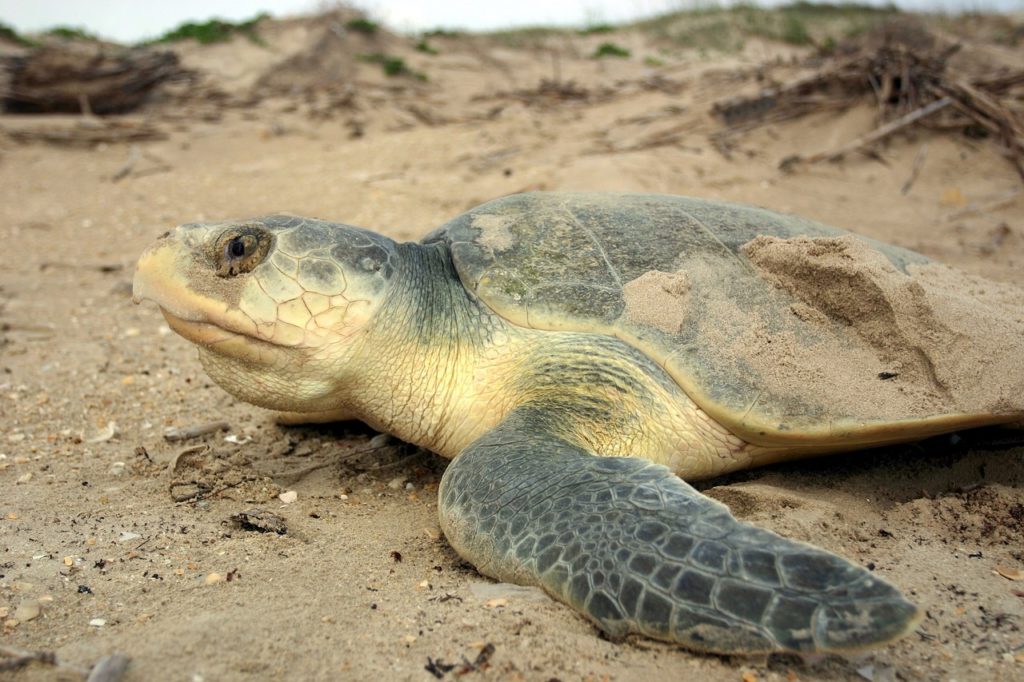 Earlier last week, freezing temperatures, powerful winds and high tides off Cape Cod in Massachusetts caused migrating sea turtles to freeze to death. The turtles were trapped in the hook-shaped cape and the low temperatures stifled their ability to successfully make it home. They were immediately immobilized and left to the mercy of the strong winds. Some of the turtles affected by the harsh conditions included one of the smallest and most endangered sea turtles, Kemp’s Ridley. The other affected turtle species were the tropical sea turtles, green turtles, and loggerhead turtle.

What Happened at Cape Cod?

Robert Prescott, director of the Massachusetts Audubon’s Society Wellfleet Bay Wildlife Sanctuary described the scene as a sea of flash-frozen sea turtles with their flippers all facing weird positions.

Majority of the turtles caught in the high tide were migratory tropical turtles that generally prefer warm water temperatures of as high as 85 degrees Celsius. Once the temperatures drop to below 50 degrees Celsius, these sea creatures have no hope for survival. They become stunned and completely unable to make their way through the water. According to researchers, the timing of the species’ migration has only increased the chances of turtles getting frozen. Initially, they would make their way to Cape Cod in October, now, they swim to shore in around November, closer to the winter season.

“Sea turtles are moving further north along our coast, or south to the southern hemisphere, as waters are warming and they are expanding their ranges,” mentioned sea biologist and research associate at the California Academy of Sciences, Wallace Nichols. “So when we get these quick swings from warm to cooler, the turtles that haven’t made it south definitely get into trouble.”

At the beginning of last month, once volunteers and wildlife workers became aware of the effects of climate change on these aquatic lives, they began rescue missions to save the cold-stunned turtles. When the temperatures dropped, one of the earliest sea turtles to wash up on shore was a 300-pound leatherback. Unfortunately, the turtle could not be saved.

The record-breaking blast of arctic air left a long trail of chaos behind it. None other than climate change is responsible for the number of turtles caught in the rapid shift in weather. Of the 82 turtles discovered washed up on shore on Thanksgiving night, only one survived. A total of 219 sea turtles were found, some found cold-stunned and washed up along the shore while others found frozen to death. Close to a dozen of the surviving turtles were sent to the New England Aquarium to be cared for while the others are being treated at the Audubon Wildlife Center.

As devastatingly high as these numbers are, Prescott believes that by the end of the year, this number will be significantly higher. He believes that the rapid climate change will increase the number of stunned or killed sea turtles discovered by wildlife workers.

This World Brief was written by Victor Kanake exclusively for WorldFootprints.com