4 Reasons Airline Companies Use Blue For Their Cabin 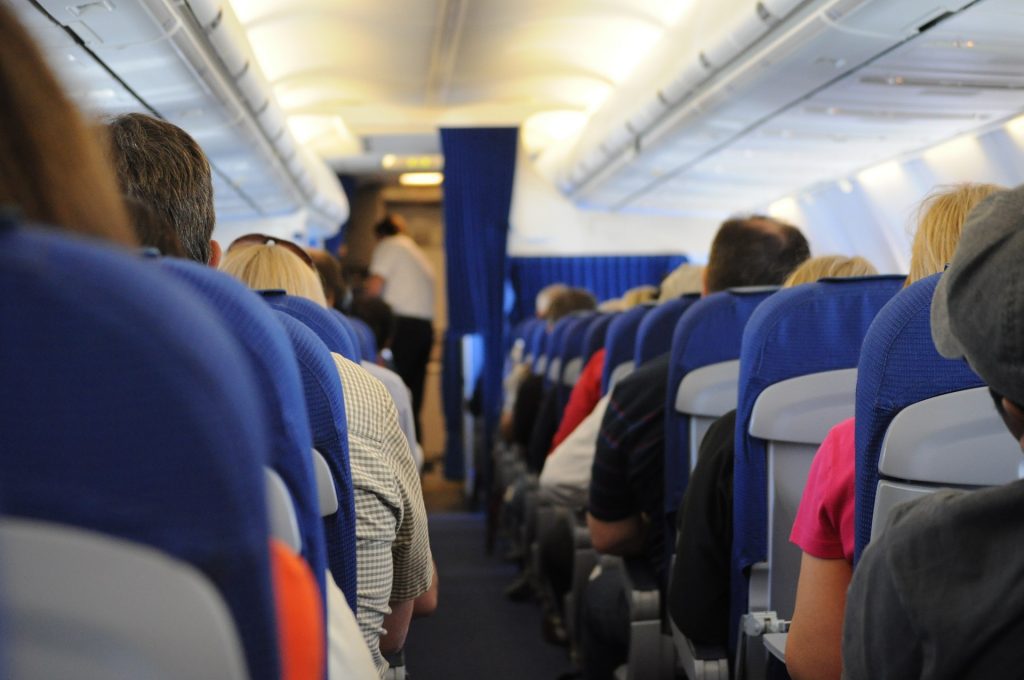 Flying can be stressful even with seats in business or first class. In most cases, you’re trying to find room in the overhead compartment for your stuff without accidentally hitting someone in the head with those items. You’re so concerned with this, you may never have given the plane’s interior color a second thought.

Next time you ride in a plane, check out the color of their seats. Most airline seats are blue (with the exception of Aer Lingus’ green seats and Virgin Atlantic’s red seats).

Blue Is Easier In Keeping Clean

There’s not a lot of time between flights to clean a plane. That’s why it’s in the airline’s best interest to choose fabrics and colors that are able to withstand loads of traffic. Blue airline seats ensure smudges and stains will blend in easily and the need to replace seats isn’t as great.

People tend to get anxious before getting on a flight, and the color blue is regarded as a calming color. Airlines use the color to instill confidence and calmness in their passengers – to reduce their stress level.

According to a Boeing statement, using the color to design their aircraft is meant to bring peace to their passengers. It uses the pattern found in nature on their cabin walls to create a more relaxing environment.

There are two temperatures in an airline – freezing cold or brutally hot. While airlines do what they can to keep you cool, the blue seats can also help. Colors affect a person’s viewpoint of temperature, humidity and smell. Blue usually makes people feel colder but also makes them feel the air is clean.

Sometimes, the use of blue for seats is a part of branding. U.S. airlines often use the colors blue and red in logos to represent America, and using blue seats is an addition to this. Blue conveys confidence and trust, which is important to companies such as airlines where people don’t always feel confident about flying.

When you’re on your next plane, take a look around the interior. Are the seats blue? What about the cabin itself? If blue, it’s because the airline is trying to keep you calm and feel confident in its ability to get you from one place to another.