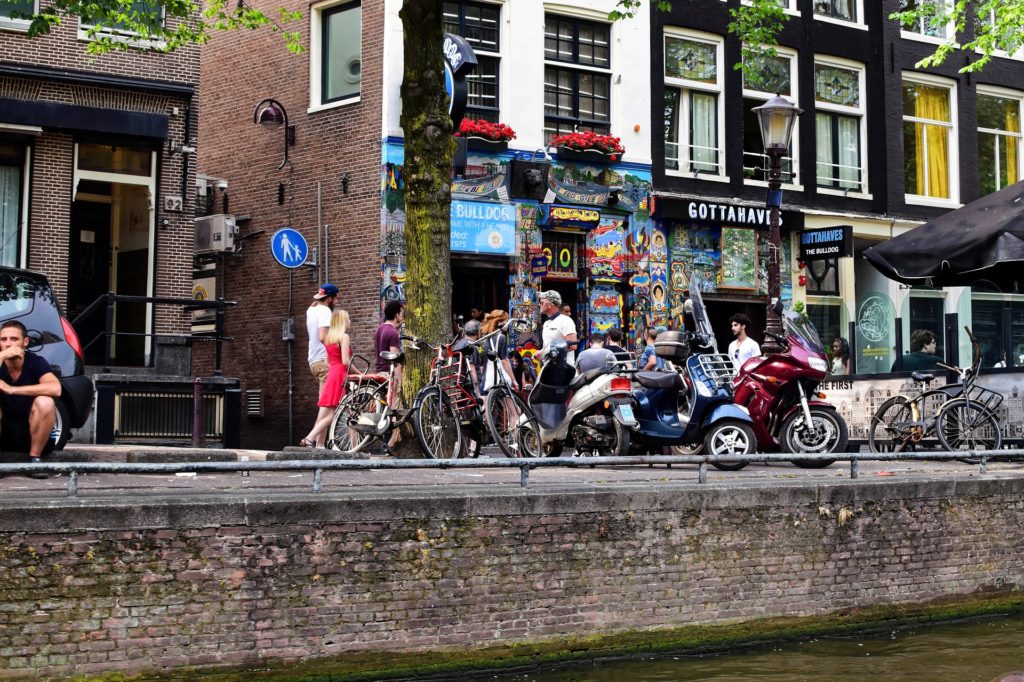 In the Netherlands, cycling is somewhat of a national obsession, and Amsterdam lies deep in the cycling whirlwind. Amsterdam is referred to as the bicycle capital of the world and as of next year, it will make its mark as one of the most cycling-friendly cities. From spring of 2019, mopeds and scooters will be banned from all the bike lanes.

The city’s council recently confirmed that all mopeds will now be restricted to the road as from April 2019. The new policy goes as follows: All motor scooters on the A10 motorway will be barred from the already populous bike lanes. Instead, scooters will operate on the main road, and drives will be required to wear a helmet by law.

It is expected that this safety measure will significantly reduce the number of moped accidents occurring in the city by close to 300.

The Plight of the Seven Year Campaign in Amsterdam

The city’s decision to enact the motor scooter ban comes in fulfillment of a seven-year campaign against the mopeds in Amsterdam. Talks of this change have been in the works since July 2018. However, bikers have been taking issue with motorized scooters for years now, with the number of motor scooters growing from 8,000 to 35,000 in Amsterdam over the last nine years. In a 2015 poll, a reported 56% of people in major Dutch cities found scooters “really annoying.”

Aside from the nuisance, the bikers versus motor scooterist conflict also reflects a serious safety concern. Last year, 613 people died in traffic accidents in the Netherlands. Notably, it was also the first time the death toll was highest for bikers with 206 — with a quarter of those caused by electric bikes and scooters. With these numbers in mind, Amsterdam’s mayor and the city alderman held open forums with residents to devise a solution. Nearly 4,700 people participated, which led to the eventual decision to implement a ban for April 8, 2019.

Changes Yet To Come

As the first municipality in the Netherlands to enact a scooter ban, Amsterdam will be preparing the streets in coming months to accommodate the new rules. This will include, among a large-scale awareness campaign, new road signs and temporary markings to clarify where those on scooters need to be on the road. When the actual ban begins, Amsterdam monitors the dynamics of the road from addressing issues with road congestion, speed, safety, the interaction between cars and scooters and more. Anyone who breaks the new rules will be subject to a 95 euro fine.

Cycling In Amsterdam Will Get Significantly Safer

From next year, when you visit the Dutch Capital, you will not have to look over your head worrying about mopeds speeding across cycle networks. In the fight between the safety of Dutch residents, families, and tourists versus scooterists, the city council won and Amsterdam will now be one of the safest cycling cities.

This article was written exclusively for WorldFootprints.com by Victor Kanake.