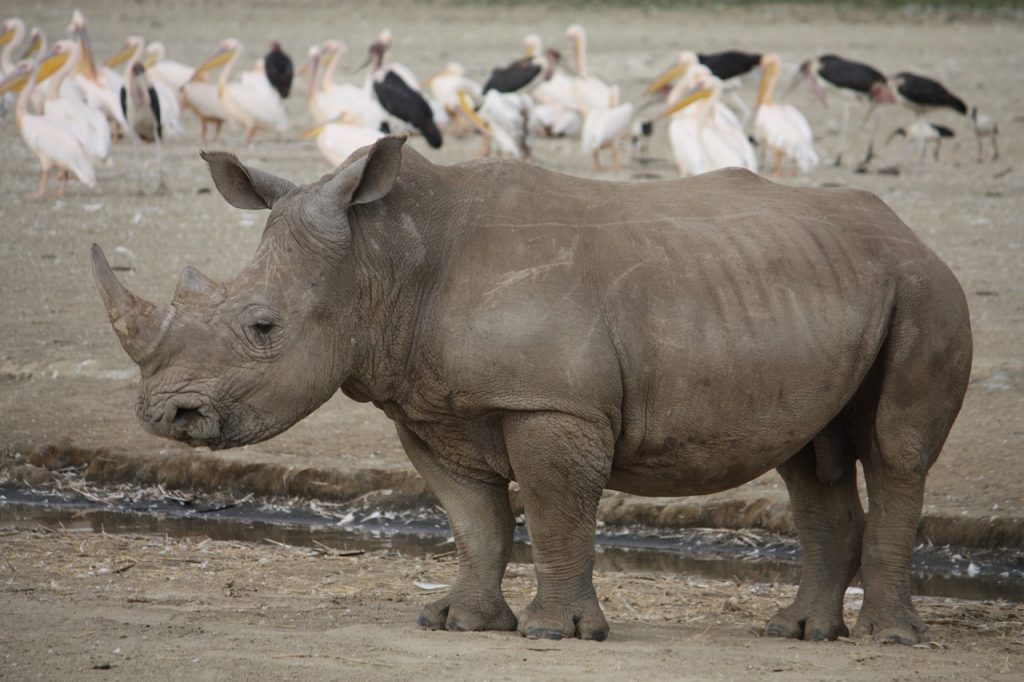 The death of the last male northern white rhino, Sudan, was met with grieving the world over both because of his passing and what it means for the nearly extinct rhino.

Only two females of the northern white rhino subspecies are left.

Sudan reached the age of 45 before succumbing to age-related diseases, according to a report by the BBC. He was given excellent veterinary care but, after a prolonged decline, the decision was made to euthanize him due to extensive degeneration of his muscles and open skin wounds.

Elodie Sampere, a representative for Ol Pejeta, the conservancy located in Kenya that Sudan called home, told CNN, “He was a gentle giant, his personality was just amazing and given his size, a lot of people were afraid of him. But there was nothing mean about him.”

The team hopes to artificially inseminate one of the two females left using genetic material they were able to preserve, according to both CNN and the BBC. This course of action is advocated by Sudan’s former caretakers, including Jan Stejskal, an official at Dvur Kralove Zoo in the Czech Republic where Sudan lived until 2009.

“His death is a cruel symbol of human disregard for nature and it saddened everyone who knew him. But we should not give up. We must take advantage of the unique situation in which cellular technologies are utilised for conservation of critically endangered species. It may sound unbelievable, but thanks to the newly developed techniques even Sudan could still have an offspring,” he told AFP news agency.

WildAid CEO Peter Knights called attention to the trade in rhino horn in an interview with CNN, saying “We can only hope that the world learns from the sad loss of Sudan and takes every measure to end all trade in rhino horn. While prices of rhino horn are falling in China and Vietnam, poaching for horn still threatens all rhino species.”

Tourism for hunting rhino and other game is not as popular as it once was but the damage to some species, like the white rhino, is already done.

Rhino horn is mainly traded in East Asian markets like China, where use and popularity are steadily declining. It is believed to have medicinal properties but educational campaigns and stricter enforcement of anti-poaching laws have helped in recent years to dispel this myth. It was an expensive and a coveted item, which encouraged hunting, but the fall in prices is also thought to have largely contributed to the decline in trade of rhino horn. According to the BBC the poaching crisis of the 1970s and 1980s in Uganda, Central African Republic, Sudan, and Chad led to the destruction of the subspecies and recovery efforts have been difficult ever since.

Another factor driving the crisis many species face is the loss of habitat from development.

The species was declared extinct in the wild as early as 2008.  Conservators hope that one of the two remaining females will become pregnant but the prospects for the subspecies remain dire.