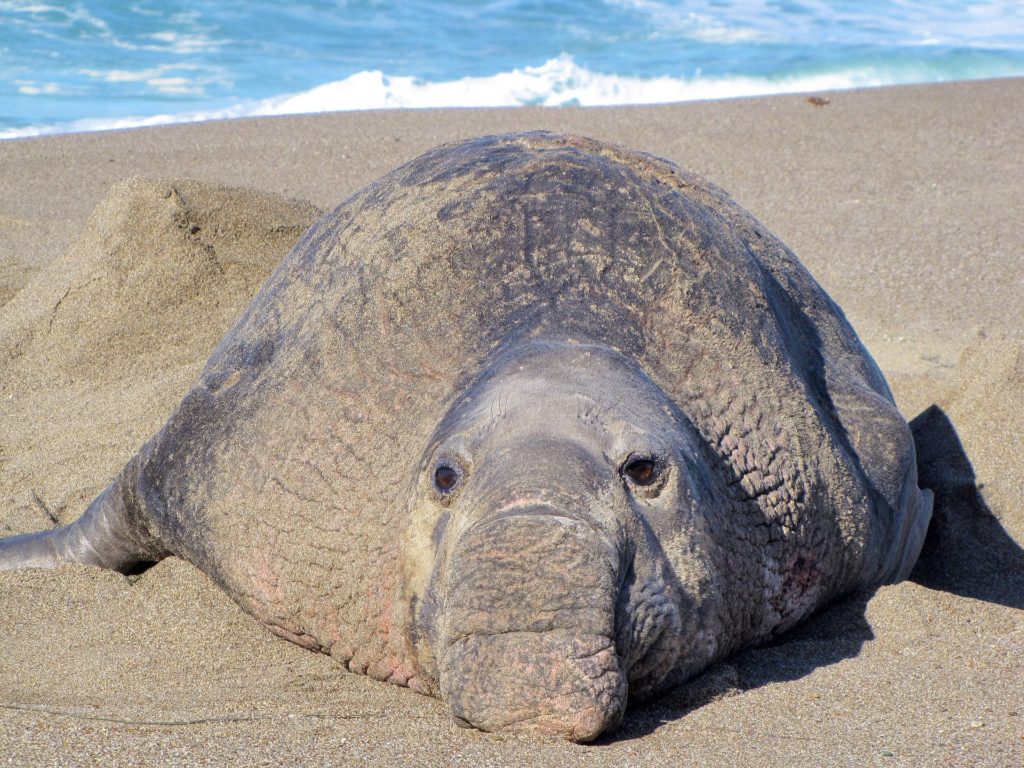 As the country concerned itself with the U.S. government shutdown, an elephant seal colony decided to make a North California beach their new home on the sand.

Since there were no government workers to keep them away, the 60 or so seals knocked a fence over and now inhabit Drakes Beach. The beach is a part of the National Park Service’s Point Reyes National Seashore in Northern California.

When the government shutdown ended, officials decided to temporarily block public access to the beach and have asked locals to steer clear, so the seals don’t get anxious.

National Park Service spokesman John Dell’Osso said he’s never seen something like this before. It’s not uncommon to see a rogue elephant, but 60 seals is a whole new thing. On top of that, the seals gave birth while on the beach, which means about 40 pups are nursing and will continue to nurse for the next two months.

Dell’Osso asks that the public be patient, as the park officials contend with the matter.

During the early 1900s, the elephant seals nearly went extinct due to hunters wanting their oil-rich blubber. However, government protection has ensured their survival, and it’s believed there are 150,000 of them in the world.

The Point Reyes National Seashore in Northern California was closed off for the 35-day shutdown over safety concerns and human waste.