Ethiopia and Eritrea call an end to war 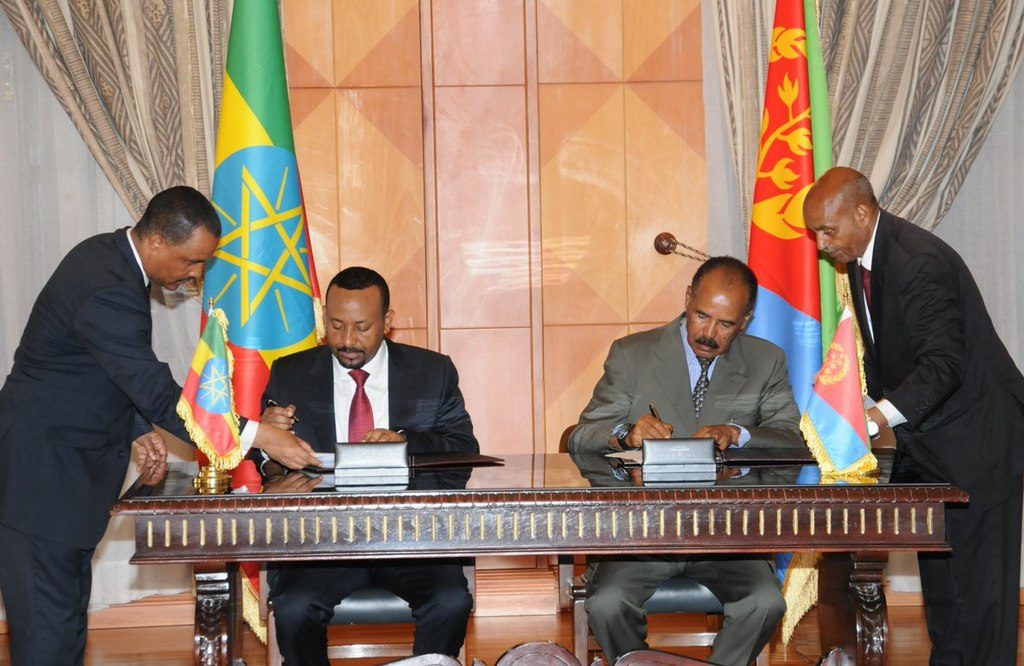 A tweet from Eritrea’s Information Minister, Yemane Meskel, confirmed that the war between Eritrea and Ethiopia has ended.

Meskel tweeted that “a new era of peace and friendship has been ushered. Both countries will work to promote close cooperation in political, economic, social, cultural and security areas.” This tweet came after the signing of a Joint Declaration of Peace and Friendship by the leaders of the two countries during a landmark visit of Ethiopia’s Prime Minister Abiy Ahmed to Eritrea’s capital, Asmara.

The trip came after an announcement by the Ethiopian government that it planned to honor the Algiers Agreement from 2000, including the 2003 ruling on borders.

Read the full story on CNN.