Exploring in and around Lisbon 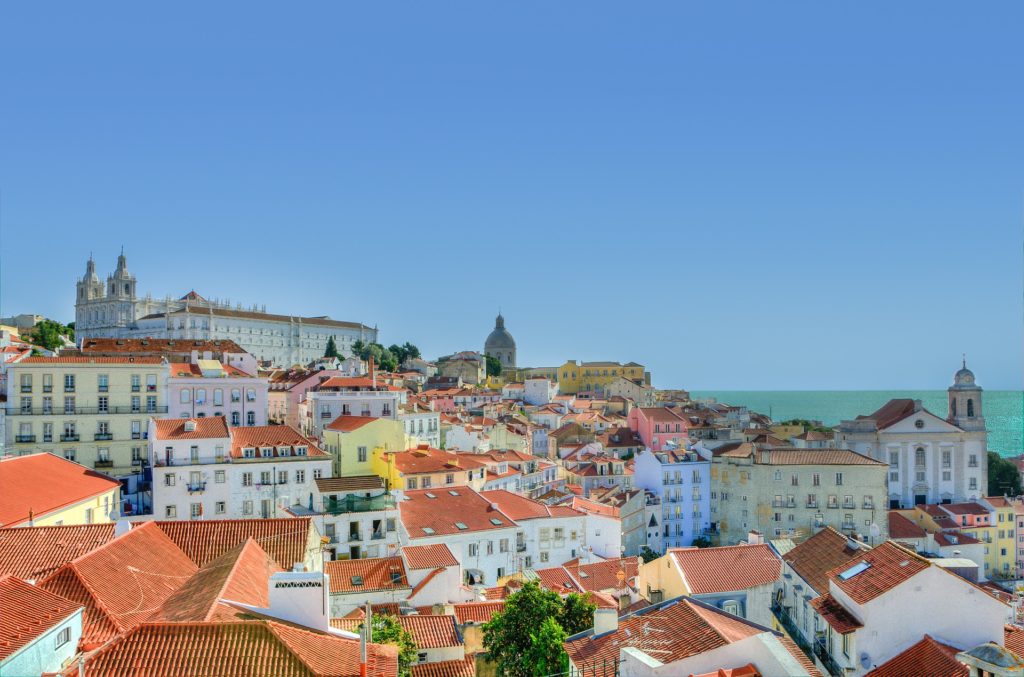 Lisbon, Portugal is a beautiful, warm, affordable place to visit. Think of breathtaking views of red rooftops for miles on end, watching the sun set over the wide river Tagus while sipping a beer, perusing the streets of the old town and admiring the mosaic walls. Lisbon possesses so much beauty and character in its heart, it’s tempting to not want to venture further afield. But if you do, an exciting city break can be extended into a activity packed, architecturally appealing European holiday with both town and sea.

There is a lot to see in the centre. The Castelo de S. Jorge and the view from it are striking, the waterfront is lively and a frequent home to street musicians and artists. Hours can be spent in the old town of Alfama getting lost in its narrow and undulating slopes, following tram tracks and stumbling across more breathtaking views. The scenery, plus lively bars, restaurants and general atmosphere make so many tourists fall in love, even to the extent that they decide to move there. Still technically within Lisbon, but a short tram rides journey away is the Oceanarium, right next to the second longest bridge in Europe. This is a large aquarium with many hallways of fish, sharks, even otters and penguins. The best part is that the Oceanarium is a place of conservation. As well as the animals, the Oceanarium has a temporary exhibition which reinforces their commitment to conservation and environmental education.

Estoril is only a cheap and cheerful train ride from Lisbon. There, you can hang out and swim at Tamariz beach, with rock pools and a backdrop of a castle. Estoril is also home to one of the largest casinos in Europe: Estoril casino. This vast building is majestically presented with a large tropical garden and a feature lake with fountains. Inside, it has 10 restaurants, over 200 slot machines, and many fun games like baccarat and Caribbean stud poker, as well as the classics. The appeal of these games is still very real, as can be seen with real money casino gaming online, with sites offering a large number of games and welcome bonuses.

Further along the Estoril coast is Cascais, so hop back on the same train for more beaches but in another town, with more interesting architecture and even cheaper beer. A chilled out day in Cascais could include grabbing an ice cream or sitting outside at a surprisingly pleasant McDonald’s. A more adventurous option would be to scramble the cliffs and find Boca do Inferno, a natural archway and cave, eroded by the sea. The furthest on the list from Lisbon is Sintra, but it is still very easy to travel to. Sintra is an inland town with a notable palace, vividly coloured in bright yellow and red. It also has a historic castle, Castelo dos Mouros, partly in ruins, which is situated on a hilltop. If you climb up (or get the bus), you can be met with immense views of the region, and learn some interesting historical facts along the way.

Lisbon is not only a diverse city in itself, but its surrounding areas have something to offer everyone. From slot machines to ocean animal conservation to sunbathing to beers, Lisbon’s got it, and at a low price too. For those considering city travel in Europe, Lisbon is not one to miss.