Exploring Thermopylae: The Battle of Sparta 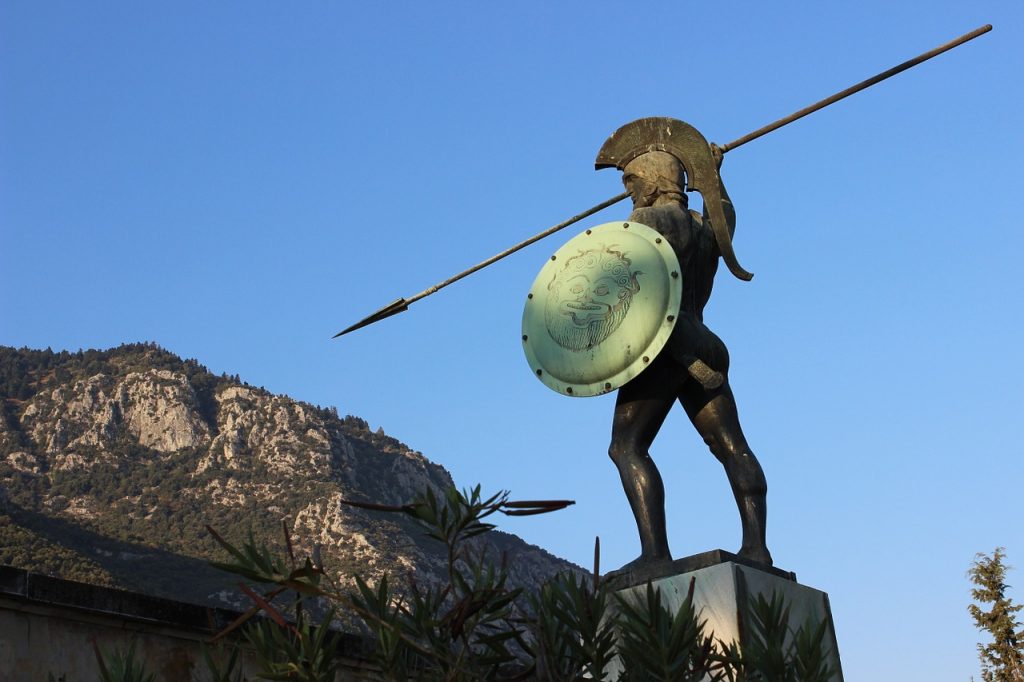 After the movie 300 came out in 2006, the story of the Battle of Thermopylae in 480 BCE became globally recognized. As a result, almost everyone knows about the 300 Spartans who died trying to hold back the Persian Empire’s 300,000-strong army on its way to conquer Greece. It forever cemented Thermopylae as a place where ancient soldiers made history by overcoming overwhelming odds. But just how close is this fictionalized account to the actual events that took place in Thermopylae?

Frank Miller himself admits that his story isn’t accurate as he took a lot of liberties in his epic comic-book and movie retelling of the battle. After all, 300 is categorized under historical fantasy, and rather than an authentic retelling of history, it uses the battle to tell a fantastical tale that enhances the history. However, this isn’t to say that the actual details of the Battle of Thermopylae aren’t interesting. While historical fiction can be twisted and bent to make a story more palatable to a mainstream audience, straightforward history is a raw record of the human condition. Without exaggeration, romanticism, or revisionism, history can give us a glimpse of how our ancestors fought, loved, and lived. In fact, much of the insight that we can gain from history can be found in the numbers behind key historical events.

The Battle of Thermopylae wasn’t just between 300 Spartans and 300,000 Persians. It was actually between 7,000 Greek soldiers (including the Spartans) and somewhere between 80,000 to 100,000 Persians. Based on the research of modern historians, the 7,000-strong Greek fighting force was composed of Spartans, Mantineans, Tegeans, Arcadians, Corinthians, Thespians, Thebans, Peloponnesians, Greek helots, and the perioikoi (who were free citizens who weren’t Spartans).

Ancient History Encyclopedia reports that back in 480 BCE the Spartans alone could’ve sent upwards of 8,000 of their free adult citizens who were already trained as hoplites. However, due to the extremely strict religious observances of the ancient Greeks, the feast of Apollo Karneia, as well as the panhellenic Olympic Games, Sparta was prevented from sending its full force against the Persians.

Meanwhile, modern historians estimate that at the time, the Persian navy had 1,300 triremes (sea-crossing wooden ships). This meant that they could have carried only 260,000 men – most of which weren’t soldiers, but oarsmen, cooks, camp followers, baggage carriers, and other staff required to keep the tremendous force running. As a result, the Persian fighting force at the Battle of Thermopylae most likely numbered around 80,000 to 100,000. While 7,000 against 100,000 is still a big gap between the opposing forces, it’s far from the 300 against 300,000 battle depicted in the fictionalized versions.

It Was The Battle of Greece, Not Just of Sparta

These numbers tell a story that also wasn’t told in the comic book and movie. While plenty of factors prevented the Greeks from fully responding to the Persian presence in Thermopylae, historians believe that the battle was more of a tactical stand by the Greeks to delay the Persian Empire’s advance. New World Encyclopedia claims that all of Greece was involved in the preparations to fight.

As the smaller states submitted to the Persian demand for earth and water (aka surrender), the Athenians and the Spartans were the only ones who responded by killing the Persian envoys. Thus, the two leading states managed to gather support through a confederate alliance of Greek city-states, formed during a congress at Corinth in 481 BCE. Historians agree that there’s no evidence of a single state taking control of the defense effort. Although it’s true that Leonidas was put in charge of the forces sent to Thermopylae, he and the 300 Spartans were backed up by all of Greece.

Yet, there is a grain of truth to the furious fighting style of the Spartans that was depicted in the fictional accounts. In the end only Leonidas and his 300 men refused to retreat due their Spartan laws on war. Much of the defeated Greek forces managed to fall back, bringing Greek losses to just 3,000 while the Persians suffered a much larger loss of up to 20,000.

The Battle of Thermopylae in Modern Culture

The fictionalized accounts of the battle have put Thermopylae on the map. The event has become a universal tale of courage and strength against insurmountable odds, inspiring the mythical Spartan valor in modern culture. The original 300 comic-book-turned-movie is just one example of this phenomenon.

There are also other movies, video games, and even workout routines all inspired by the Miller’s fictionalized account of the battle. 300 was followed by the sequel 300: Rise of an Empire. 300: March to Glory is a video game based on the original film that puts players in the shoes of the famous warriors at the Battle of Thermopylae. The legacy of the battle can even be found on non-traditional gaming platforms. Foxy Casino’s slot game 300 Shields uses imagery made famous both by historic records and Frank Millers’ adaption. Alongside movies and video games, the popularity of the story has even spawned Spartan-themed workout routines, highly popular obstacle events like the Spartan Race, and has led to an increased tourism boom for the historic site of the Battle of Thermopylae.

While it’s good that historical fantasy is paving the way for actual history to be unraveled, it does have a tendency to cloud actual historical events. There’s no problem with appreciating fictional retellings, provided we don’t forget the actual events that inspired them. Forgetting history is not just disrespectful to the Greeks and Persians who fell at Thermopylae, it also foregoes the deeper insights on human nature, which we can learn from history.