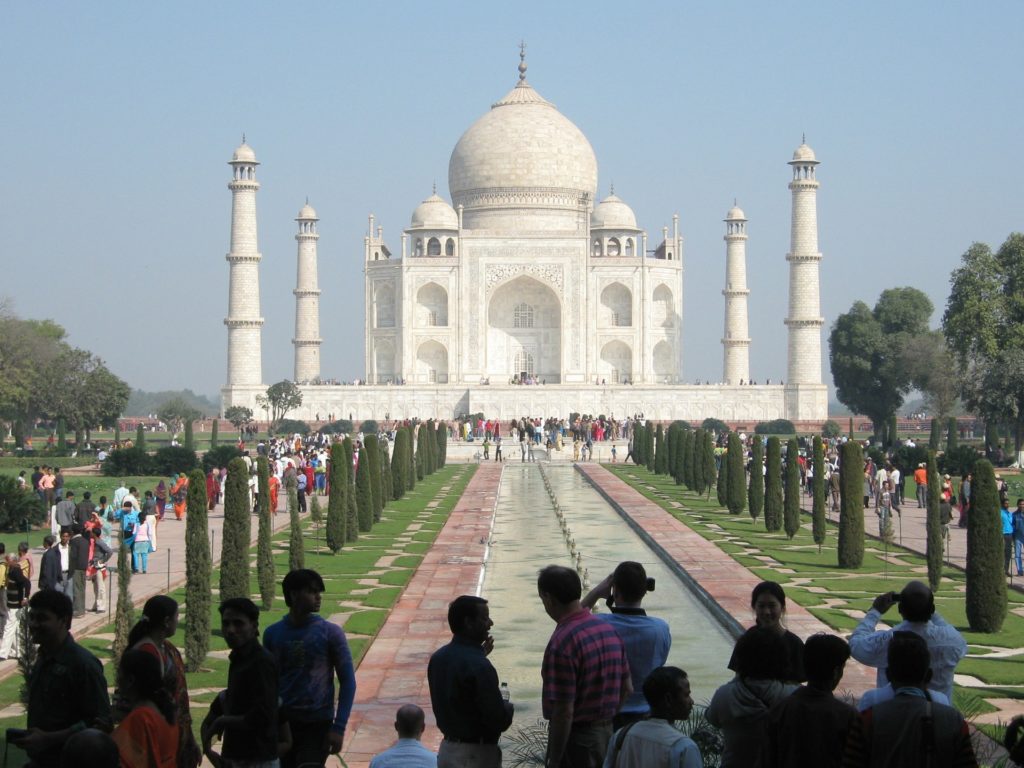 The iconic white marble mausoleum intricately decorated with motifs and calligraphy may be one of the world’s most recognisable sights, but being such a beautiful building comes with its own set of problems. Overcrowding has long been an issue for the Taj Mahal in Agra, India, but will opening the site to the public at night – as the tourism ministry has announced – help reduce this issue?

Part of a nationwide project to open ten of India’s most popular tourist attractions to the public for much longer periods, there are plans to allow visitors to tour the Taj Mahal throughout the night. Currently the opening hours of the mausoleum are from 10am to 6pm, although tourists can visit the site in the evening on five specific nights per month – for the full moon and for two nights either side. Ticketing is massively restricted for these events, especially when compared with the number of visitors allowed during the day. Up to 400 people can visit the Taj Mahal during the night at the moment, split into eight batches of 50.

The decision comes after many requests from travelers. The Union of Tourism and Culture minister Prahlad Singh Patel stated:

We have been receiving a lot of requests to keep the monument open during the night hours. We are dedicated to make (sic) this a reality.

Plans to start receiving nighttime visitors to the Taj Mahal include lighting up the area around the monument and developing infrastructure to cope with this new influx of tourists.

However, these longer opening hours may not be good news for the local residents, who are currently besieged with an average of 22,000 visitors daily to the site, bringing the total number to between seven and eight million per annum. It has also been suggested that UNESCO will be keeping an eye on the tourism ministry plans to light up the monument. Local businesses, on the other hand, will probably welcome the move. There are arguments that extending the opening hours will help to spread out the number of visitors throughout the 24-hour period.

This is not the only change the government has made in recent years to combat the huge numbers of visitors to the Taj Mahal. In December 2018, significant entry price changes were made, particularly for Indian citizens. The cost of a ticket for a foreign traveler rose from approximately $15 to $18, a difference of only 15%. However, the price for Indian nationals and residents went up from 50 rupees (approximately 70 US cents) to 250 rupees ($3.50), a five-times difference. When considering the fact that the average daily wage in India is 270 rupees ($3.70), this is a marked difference. The government stated the price changes were put in place specifically to cut down the numbers to the mausoleum and to generate extra revenue.

Prior to the price changes, a visitor number cap was brought in following a small stampede at the east entry gate the previous year which resulted in five people sustaining injuries; the incident occurred when visitors arriving late to the monument tried to force their way in before closing time.

Whether the new nighttime regulations will help stem the flow of visitors remains to be seen. However, it is likely that having the chance to see the Taj Mahal in moonlight will attract many to the site.