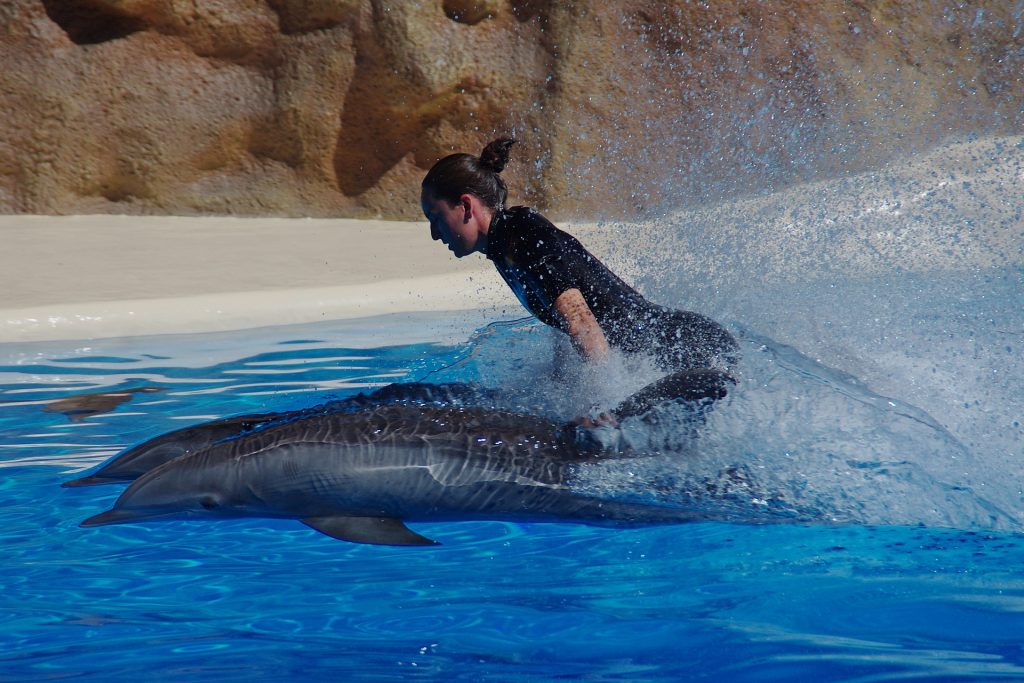 After the 2013 release of the documentary Blackfish, SeaWorld made some significant changes. It terminated its orca breeding program. It ended all the whale dancing and kissing orca performances. The company also changed how people interacted with the animals, making it more educational rather than entertainment.

The company said it sent its decision to eliminate the theatrics of the dolphin shows to the Securities and Exchange Commission. In the letter, the People for the Ethical Treatment of Animals (PETA) had asked its shareholders to vote in ending the dolphin shows at the park. PETA holds more than 160 shares of SeaWorld stock.

The letter details the company’s plans in which it would no longer surf the dolphins at any location and that its trainers were no longer riding the backs of dolphins. It would also eliminate all the other tricks over the next several months.

Since the announcement of the changes, PETA has claimed victory and responsibility for ending SeaWorld’s dolphin surfing practice.

PETA said its months’ long campaign of proposing the ending of the practice, which included a damaging veterinary report, local ads and more, SeaWorld is no longer making the trainers ride on the backs and snouts of their dolphins.

PETA Executive Vice President Tracy Reiman said ending the practice of treating dolphins like surfboards mean there’s not as much abuse at SeaWorld. Still, the dolphins, orcas and other sea animals are living in small concrete tanks that are debilitating to their life. Reiman said SeaWorld comes across as a child who must be dragged, kicking and screaming until they are submissive. She said PETA is putting into action a plan that would see SeaWorld’s animals in a seaside sanctuary.

According to SeaWorld, the company is continually changing its animal presentations in order to give the guests and animals a memorable experience. SeaWorld said it’s an accredited zoological facility, and its leadership will not kowtow to ill-informed activists influences who are more concerned with their reputation than really helping animals.