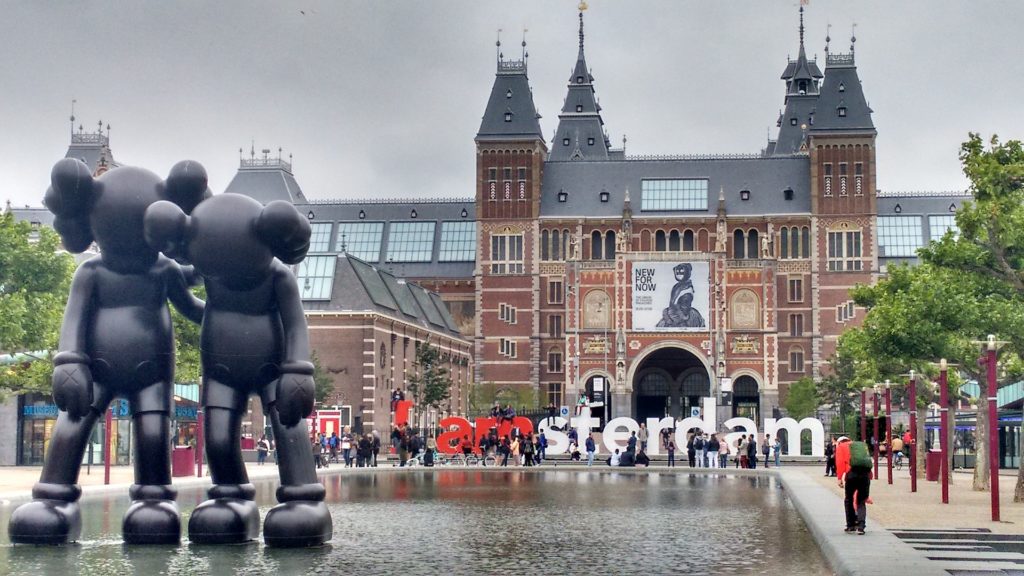 From colorful buildings to canal-lined streets, Amsterdam is a city that tourists travel from far and wide to photograph. However, one of its most photographed spots has most recently been brought down.

Over the past fifteen years, tourists have been jostling in crowds at the red and white ‘I Amsterdam’ slogan in front of the Rijksmuseum trying to get the perfect selfie. The crowds found at the location were more than the already limited space could handle. As such, the City requested the removal of these letters.

What was installed in 2004 as a public art piece has transformed into a frustrating symbol of the city’s thriving tourism economy. City Councilor Femke Roosma put forward the proposal to bring down the letters claiming that the structure was endorsed a flawed vision for the city and attracted too many people. In a statement she released, she said, “The message of ‘I Amsterdam’ is that we are all individuals in the city. We want to show something different: diversity, tolerance, solidarity. This slogan reduces the city to a background in a marketing story.”

The green party GroenLinks agreed with her point of view and made the final decision to demolish signage. Council members from the party were recorded saying that the letters had evolved into a symbol of mass tourism that completely went against the city’s community spirit, advocating for solidarity over individualism.

Amsterdam’s Bid to Crack Down on Tourists Flocking the Streets

For any city with destinations and sites that attract many, tourism is the catch-22 that can either help a city thrive or make it utterly unbearable. As per the city officials in Amsterdam, the latter was ruining their city and they began making strides to change things.

Taking the cranes to the ‘I Amsterdam’ sculpture is not the only way the city has tried to tackle the flocking of tourists on the streets. Most recently, Amsterdam has been making moves towards creating a more sustainable tourism model through coining new rules and restrictions on Airbnb rentals, increasing the tourist tax, and other efforts geared towards clearing out public squares.

These changes come as a result of numerous complaints from residents in the city. In the last five years, the mere fact that some people feel like the city is losing its je ne sais quoi has led over 40 percent of couples to pack up their bags after having their first child.

Will The Tourists Who Missed Their Chance Ever Get Their Selfies?

Even though the signage was demolished, travelers still have a chance to snap their perfect picture. The letters will be restored and are set to make trips around the city as a rotating installation at events and festivals. What’s more, the ‘I Amsterdam’ sculptures in Sloterplas Lake and Schipol Airport are still standing and accessible to the public.

Ultimately, the move to destroy the ‘I Amsterdam’ letters at the Rijksmuseum is a smart strategy against tourism. This World Brief was written by contributor Victor Kanake exclusively for WorldFootprints.com.