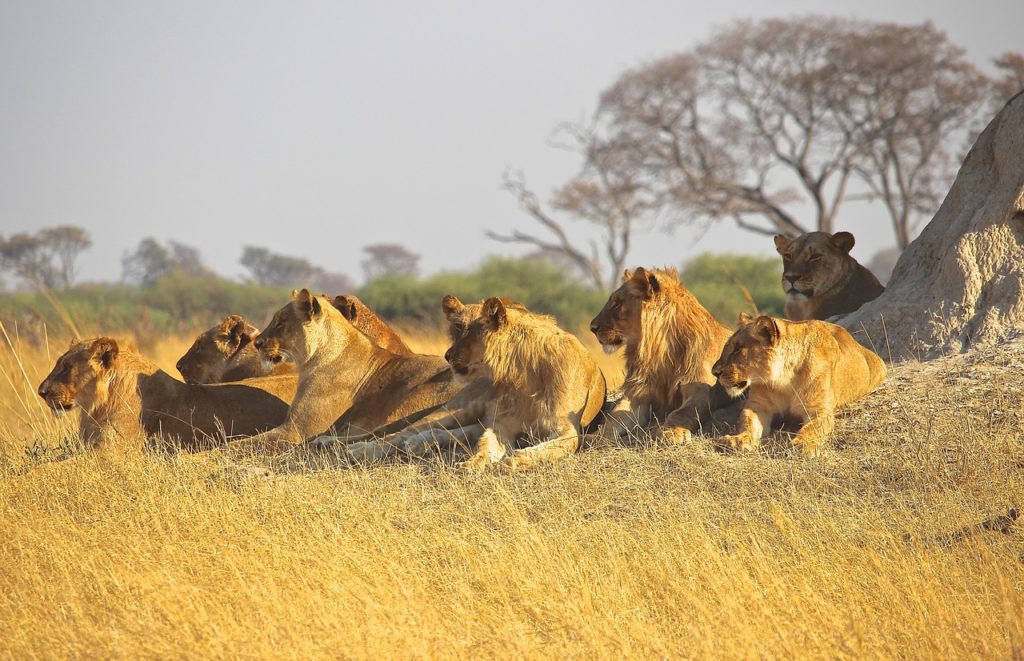 Suspected rhino poachers who trespassed on a South African game reserve were killed by a pride of six lions.

A guide at the Sibuya Game Reserve discovered their scattered remains in some thick brush near a group of lions. According to the game reserve’s owner, Nick Fox, the number of poachers could not be determined. However, police and the reserve’s anti-poaching unit found three pair of boots and gloves in the area.

Authorities also found wire cutters, a high-powered rifle with a silencer and an ax that would have been used to remove a rhino’s horn.

Rhinos are endangered species but their horns are in demand in Asian countries, particularly Vietnam where they are used for medicinal purposes and, more so, as a symbol of success and wealth.

In 2016, poachers killed three rhinos at the Sibuya Game Reserve. So far this year poachers have slaughtered nine rhinos in the Eastern Cape province, where the reserve is located.

The past decade has seen over 7,000 rhinos killed by poachers in South Africa.

The full story is available on CNN.