The Best American Sporting Events to Watch or Attend 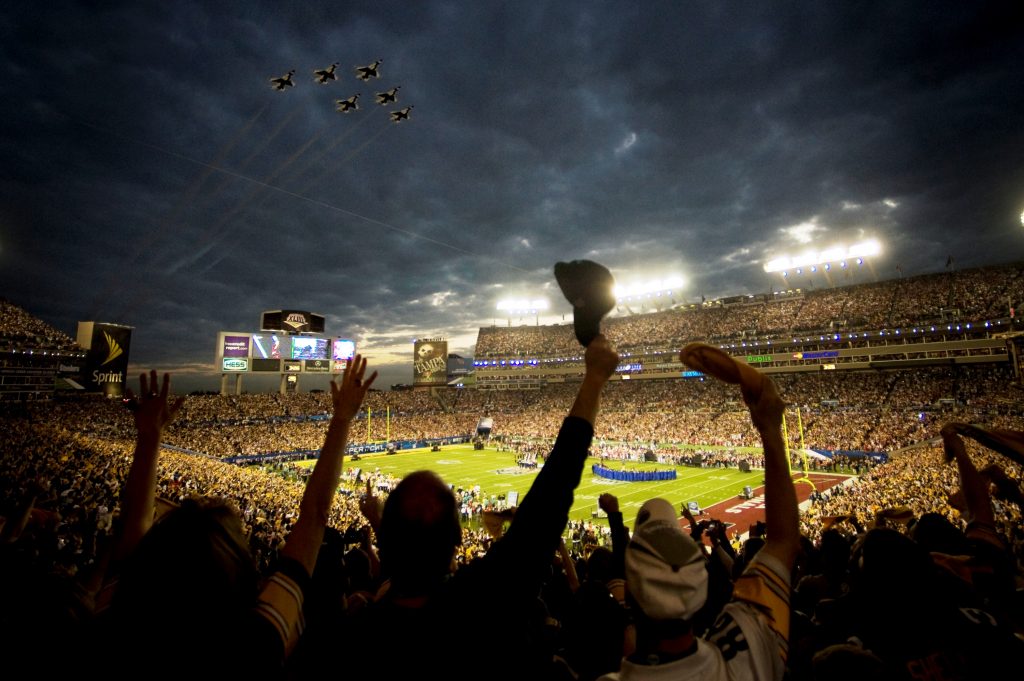 Sports are a huge aspect of American culture. It therefore makes perfect sense that the nation regularly hosts some of the biggest and best events on the planet. Each American Sports Event is a celebration of exceptional talent and fandom.

There are, however, numerous American sports to choose from, which each have various championships to follow. To immerse yourself in an exciting game, here are the best American sporting events on the calendar.

Few sports events can compare to the drama, excitement and grandeur of the Super Bowl, which is why it is televised in more than 200 countries. Fans not only tune in to watch the two finest American football teams in action, but they also want to watch the best commercials and the much-anticipated half-time show, which is as big as the game itself.

While the Super Bowl might be the most hotly anticipated event in American football, you shouldn’t overlook the upcoming CFP National Championship, which will take place on January 13th, 2020. It serves as the College Football Playoff final, which is the bracket tournament that features the four best college teams in the country, each of who have been chosen by an experienced selection committee. The event never fails to offer an action-packed game, as well as a passionate crowd and an exceptional array of young talent on the field.

The NBA All-Star game has become one of the most popular sporting events in America. The exhibition game takes place every February and will highlight the finest 24 players from the league. It was initially played in Boston in 1951 and has gone on to produce some of the most iconic moments in basketball history, such as Michael Jordan’s victory over Dominique Wilkins and Spud Webb winning the famous 1986 slam dunk contest.

While the Kentucky Derby might be the fastest two minutes in sport, it is also one of the oldest and most exciting horse racing events on the planet. The prestigious race dates back to 1875 and continues to delight spectators at Churchill Downs on the first Saturday in May.

The Grade I competition allows sports fans to place a bet on three-year-old thoroughbreds, who will race one and a quarter miles towards the finish line. Whether you’re watching from the stands or the comfort of your home, you can expect plenty of action, drama and excitement on the track.

So, if you want to immerse yourself in a popular American sport, you would be wise to add the above events onto your calendar.