The Leaning Tower of Pisa Defies Its Name 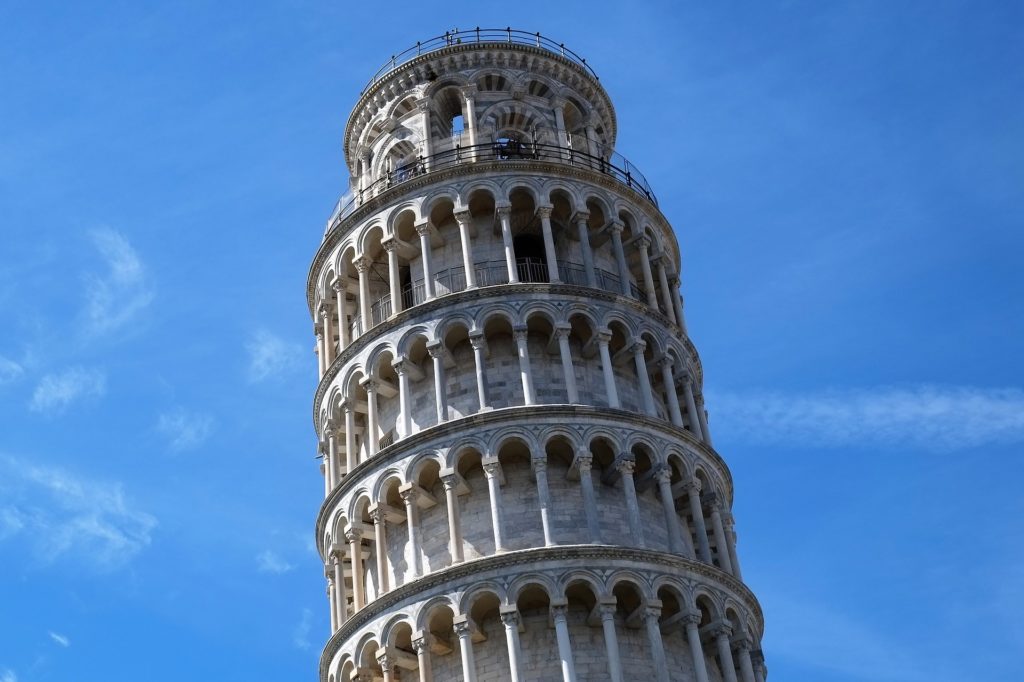 Can you imagine planning your next adventure travel or luxury travel to Italy and finding that the famous Leaning Tower of Pisa is no more? Well thankfully, experts and geologists have seen to it that this will not come to be for years to come.

Over the past 20 years, one of Italy’s famous symbols the Leaning Tower of Pisa has continuously been defying its trademark nature by losing some of its tilt. The tower is reported to have self-corrected 4 cm of its tilt. This shift of about 1.5 inches in tilt comes after vigorous consolidation work carried out between 1993 and 2001, geared towards reversing the slump making the tower more upright.

The famous Leaning Tower of Pisa began leaning and sinking into the ground almost immediately after it was constructed. Prior to any intervention, Pisa’s tower was moving closer to the ground at a rate of 1.2 millimeters or 0.05 inches per year. In the mid-1990s, the general population feared that the ancient bell tower would topple over in the Piazza dei Miracoli, an open space shared with Pisa’s baptistery and cathedral. Amid these fears, the stabilization process was carried out by an international team of experts under the supervision and leadership of Polish expert, Prof. Michele Jamiolkowski. They installed a system made up of 750 metric tons of lead weights that prevented its imminent collapse and instantly corrected 2 inches of the famous lean.

On Tuesday 20th November 2018, surveillance group of experts led by Carlo Viggiani, Salvatore Settis and Donato Sabia said that the 183ft-tall tower is in the healthiest and most stable form it has ever been. According to Prof. Salvatore Settis, the Leaning Tower of Pisa in Tuscany has resumed its original 19th-century tilt form; “it’s as if the tower has had two centuries taken off its age,” he said.

The surveillance group has been monitoring the monument for the past 17 years. Nunziante Squeglia, a professor of geotechnics at the University of Pisa who often cooperates and works together with the members of the monitoring group which meets for updates on the state of the monument’s structure mentioned that the tilt has decreased due to intensive stabilization work, along with “oscillations now varying at the average of 1/2 millimeter a year, although what counts the most is the stability of the bell tower, which is better than expected”. The group’s activities, which are funded by the non-profit Opera della Primaziale Pisana, include monitoring the Leaning Tower of Pisa and improving the quality of conservation measures, as well as promoting research on the monument.

The efforts put to correct the tilt of Leaning Tower of Pisa have been a great continued move to save and restore one of the greatest luxury travel monuments in Italy. Not only does the loss of the tower’s tilt mean that luxury travel companies can express cautious optimism on having the monument top their must-see destinations in Italy, but it also means that the safety of the structure has been amped and people can comfortably visit the site.

This World Brief article was written by Victor Kanake for WorldFootprints.com.