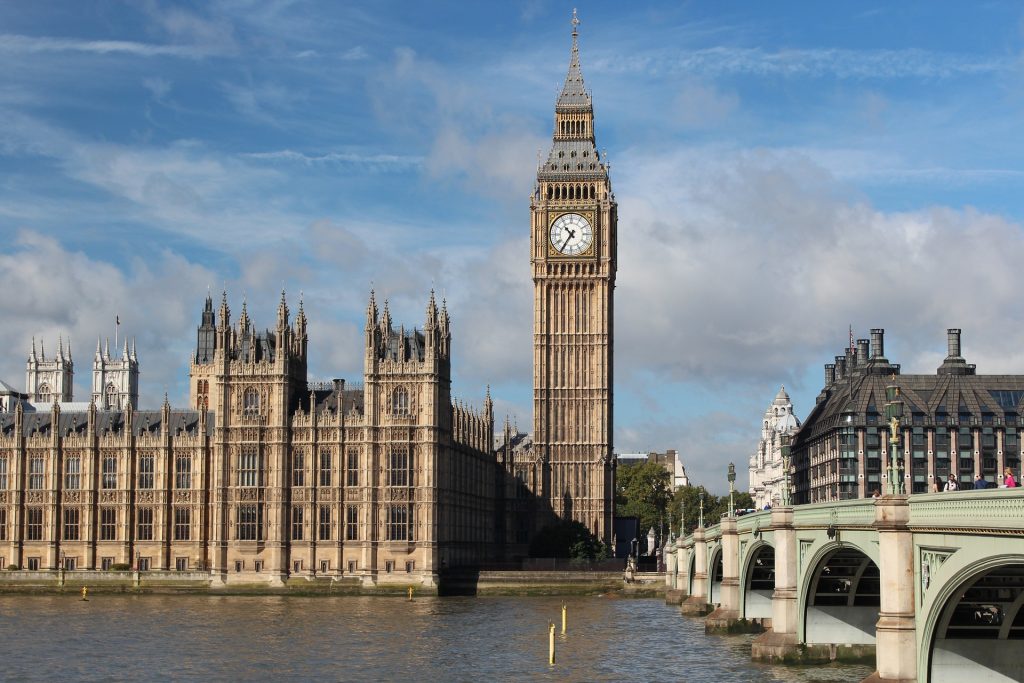 Big Ben, the tower clock in St. Stephen’s Tower that looks out over the Houses of Parliament in Westminster, London began keeping time on May 31, 1859. Designed by Edmund Beckett Denison, the clock was completed in 1854. Five years later, the tower was finished. The name “Big Ben” is of uncertain origin. The clock is highly accurate and regulated by a stack of coins balancing and weighting the clock pendulum.

Completed in April 1858, the second and final version of the hour bell was the largest ever cast in the United Kingdom. In fact, it was so colossal—over seven feet high and weighing more than 13 tons—that a team of 16 horses was needed to pull the wagon upon which it rested from the foundry to the Palace of Westminster. The transportation took on the character of a parade, with enthusiastic crowds lining the streets as the caravan made its way through London.

It took several days in October 1858 to hoist the bell to the top of the tower.

Following the installation of the hour bell and four smaller quarter chime bells, Big Ben rang out for the first time on May 31, 1859.

Due to the fitting of an oversized hammer stipulated by Denison, the hour bell cracked the following September and did not come into regular service until its repair in 1862. The distinctive imperfect tone of the bell is the result of the crack, which was merely patched by a square piece of metal to bolster the bell’s strength. A lighter hammer was also installed to prevent further damage.

Setting of the clock was initially coordinated with the Greenwich Observatory via telegraph, and throughout its existence, Big Ben has garnered a reputation for remaining extremely accurate.