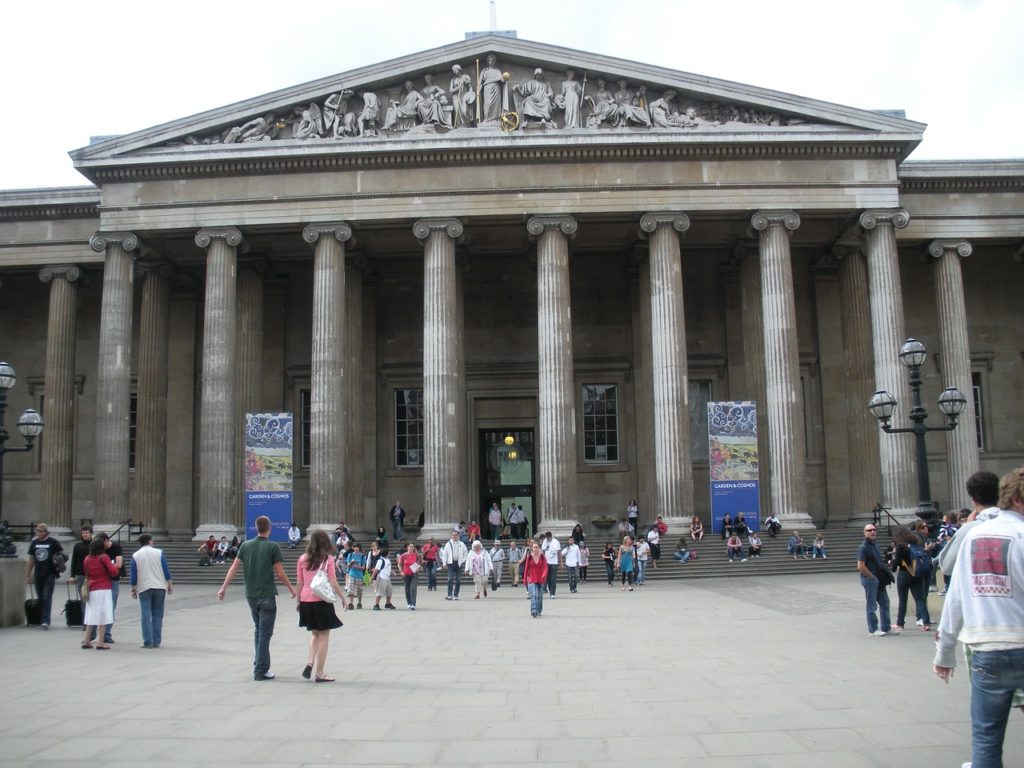 Sir Hans Sloane was a naturalist who had managed to amass an enormous collection of books, manuscripts, dried plants and antiquities from his travels. As he neared his death, he did not wish to see his collection broken up or, worse yet, forgotten. Sloane bequeathed his collection to King George II who, in turn, gave his royal assent to an Act of Parliament to establish the British Museum using Sloane’s collection as a foundation. Two large libraries of books, one of which included the only surviving copy of Beowulf, were added to the Sloane materials. The concept for the British Museum was unique – it was owned by the government, but not by the king, and was freely open to the public.

First situated in the Montagu House, the exhibition galleries and a reading room opened on January 15, 1759. The gallery was first situated in Montagu House in Bloomsbury. During the eighteenth century it attracted around 5,000 visitors each year, however the British museum gained popularity during the 1800s. In 1823 George IV gave the King’s Library to the assortment and this prompted the development of the main quadrangular structure and the circular Reading Room that are the focal point of the museum today.

Note:  Entrance to the Museum is free and well worth a visit.