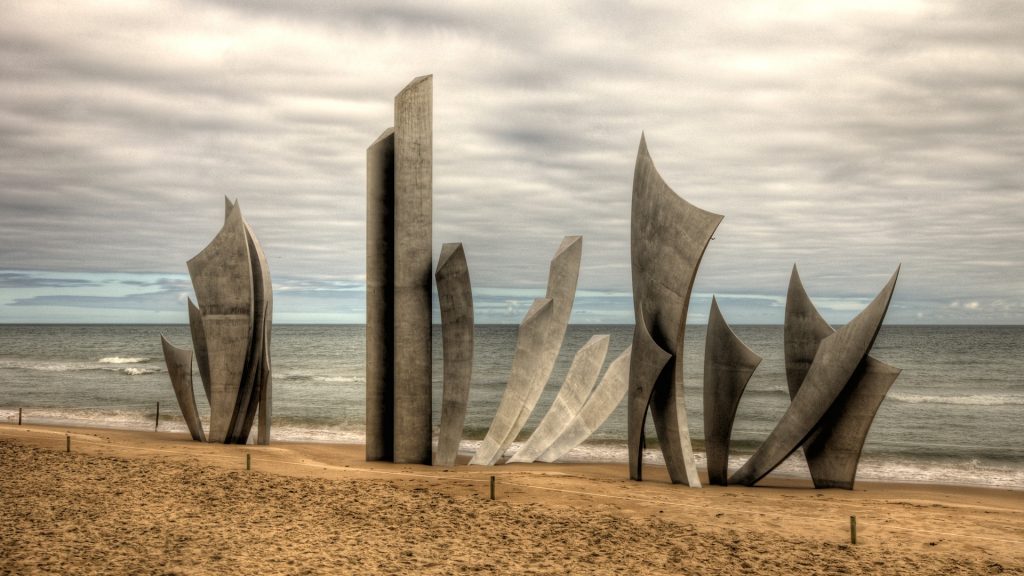 On this day in history, more than 160,000 Allied troops landed on the beaches in Normandy, France marking a critical turning point in World War II.  Gen. Dwight D. Eisenhower called the operation a crusade in which, “we will accept nothing less than full victory.”

The cost of lives was high.  More than 9,000 Allied troops were killed or wounded but their sacrifice helped slow the advancement of Hitler’s army and eventually led to the defeat of the Nazis.

D-Day – 6 June 1944 – was the largest amphibious invasion in the history of warfare. The statistics of D-Day, codenamed Operation Overlord, are staggering. The Allies used over 5,000 ships and landing craft to land more than 150,000 troops on five beaches in Normandy. The landings marked the start of a long and costly campaign in north-west Europe, which ultimately convinced the German high command that defeat was inevitable.

The first phase, the amphibious invasion and establishment of a secure foothold, was code-named Operation Neptune and is often referred to as “D-Day“. To gain the required air superiority needed to ensure a successful invasion, the Allies launched a strategic bombing campaign (codenamed Pointblank) to target German aircraft-production, fuel supplies, and airfields. Under the Transport Plan, communications infrastructure and road and rail links were bombed to cut off the north of France and to make it more difficult to bring up reinforcements. These attacks were widespread so as to avoid revealing the exact location of the invasion. Elaborate deceptions were planned to prevent the Germans from determining the timing and location of the invasion.