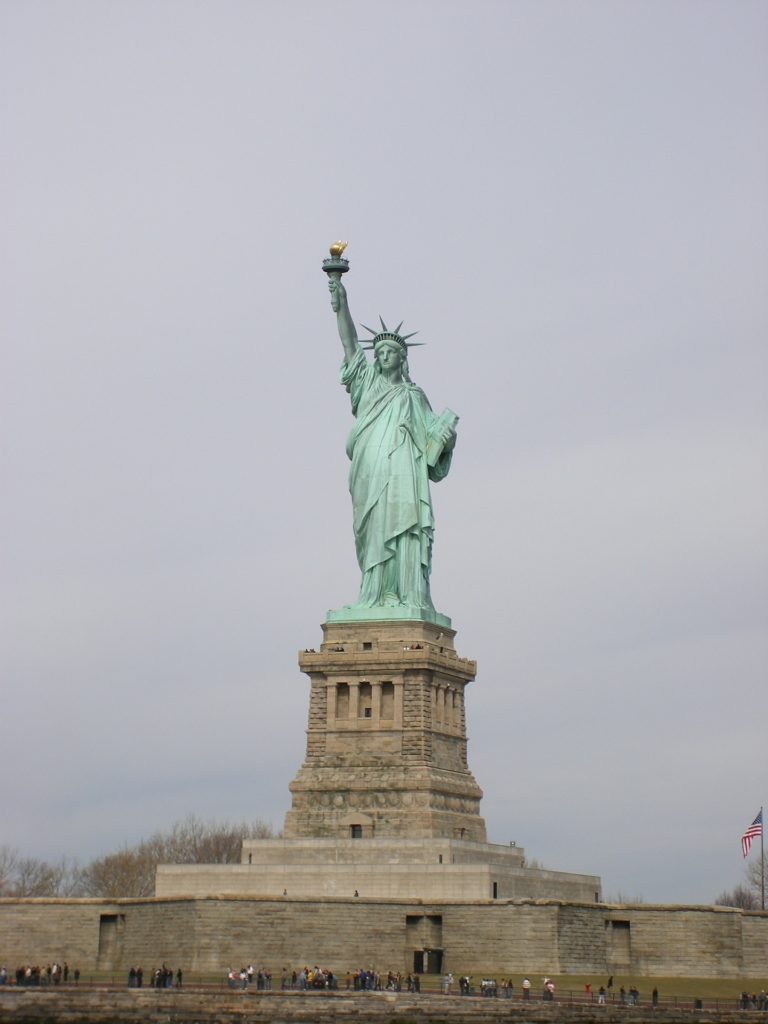 The Centennial Anniversary of the United States was approaching. The French public wanted to present a suitable gift to it’s sister democratic republic. The result of much deliberation produced the prototype for the Statue of Liberty. The statue, crated in 214 separate boxes arrived in New York Harbor on June 17, 1885. On October 28, 1886, President Grover Cleveland dedicated the statue that has since stood as a symbol of the best qualities of the American vision. The Statue of Liberty is a copper statue designed by French sculptor Frederic Auguste Bartholdi and built by Gustave Eiffel.

The Statue of Liberty design is inspired by Libertas, a robed Roman goddess of liberty from slavery, oppression and tyranny. She holds a torch above her head with her right hand and carries a tablet with Roman numerals spelling out July 4, 1776 inscribed on it and walks forward as a broken chain lies at her feet. Seven spikes on the crown evoke the Seven Seas and the seven continents. The 151-foot statue, designated as a national monument in 1924 and restored for its centennial in 1986, serves as a universal symbol of freedom and democracy.

Also on this day in 1965… construction is completed on the St. Louis Gateway Arch.