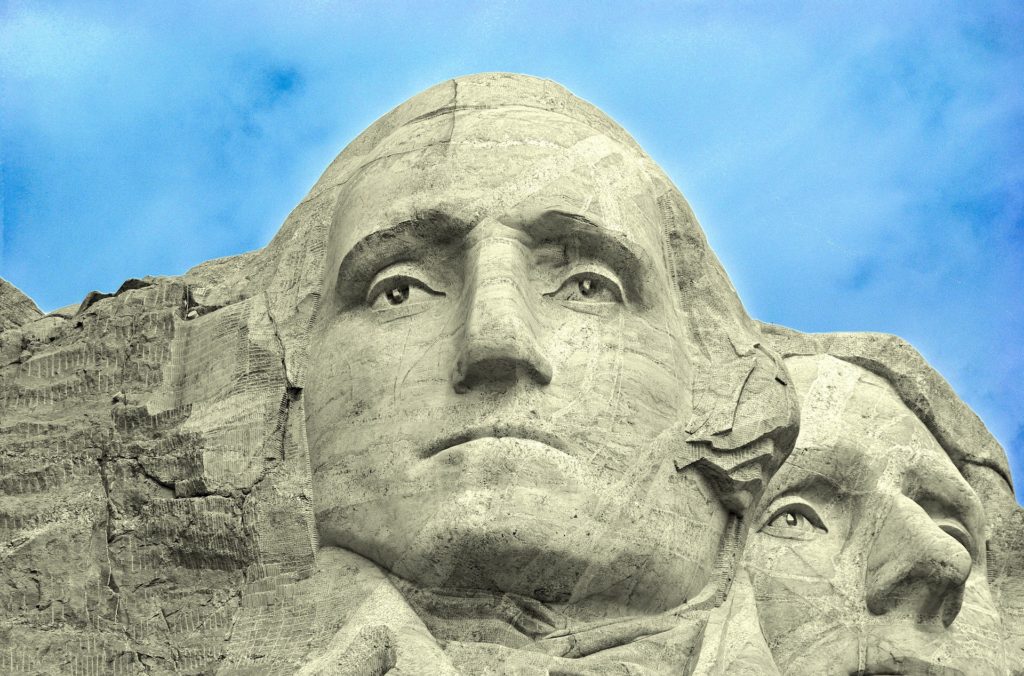 On April 30, 1789, George Washington took the oath of office at Federal Hall in New York City to become the first President of the United States.  John Adams was elected as his Vice President.

With one exception, his first inaugural address did not contain specific policy recommendations. Washington urged Congress to add a bill of rights to the Constitution that would express “a reverence for the characteristic rights of freemen and a regard for the public harmony…”

Washington was formally inaugurated on April 30th in ‘Federal Hall’ in Wall Street, where the United States sub-treasury building now stands. His inaugural address is still preserved as one of our most valued national documents. Before making this address, he took the solemn oath of office, pledging himself to all his duties; and when the formal oath was finished he added, in his own simple fervor, ‘I swear, so help me God.’

Around him during this earnest ceremony, this launching of our government, were gathered all the men who were to help Washington in making it a success. He chose as his chief of advisers, or ‘Cabinet,’ Thomas Jefferson as Secretary of State, Alexander Hamilton as Secretary of the Treasury, General Knox as Secretary of War, and Edmund Randolph as his legal councillor or Attorney-General.’

Although not required by the Constitution, every president since Washington has followed his example and delivered an inaugural address.