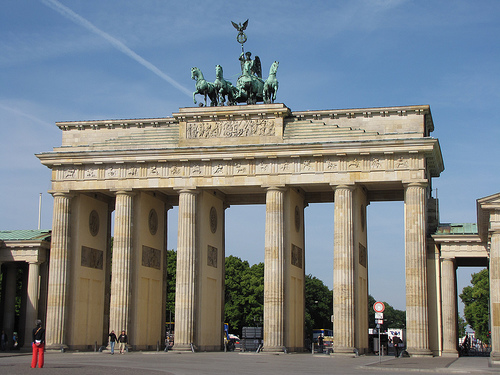 On June 26, 1963, US President John F. Kennedy stood in West Berlin. The Communist government of East Germany had recently erected the Berlin Wall, a barrier to free movement between the East and Western sectors of the city. The President said, in part: Two thousand years ago the proudest boast was civis romanus sum [I am a Roman citizen]. Today, in the world of freedom, the proudest boast is ‘Ich bin ein Berliner‘… All free men, wherever they may live, are citizens of Berlin, and, therefore, as a free man, I take pride in the words ‘Ich bin ein Berliner!‘ The speech was warmly received and remains one of Kennedy’s most famous. Urban legend suggests that a grammatical error translated Kennedy’s German into a phrase approximating “I am a jelly doughnut” (“Berliner“) an interpretation largely discounted in Germany.