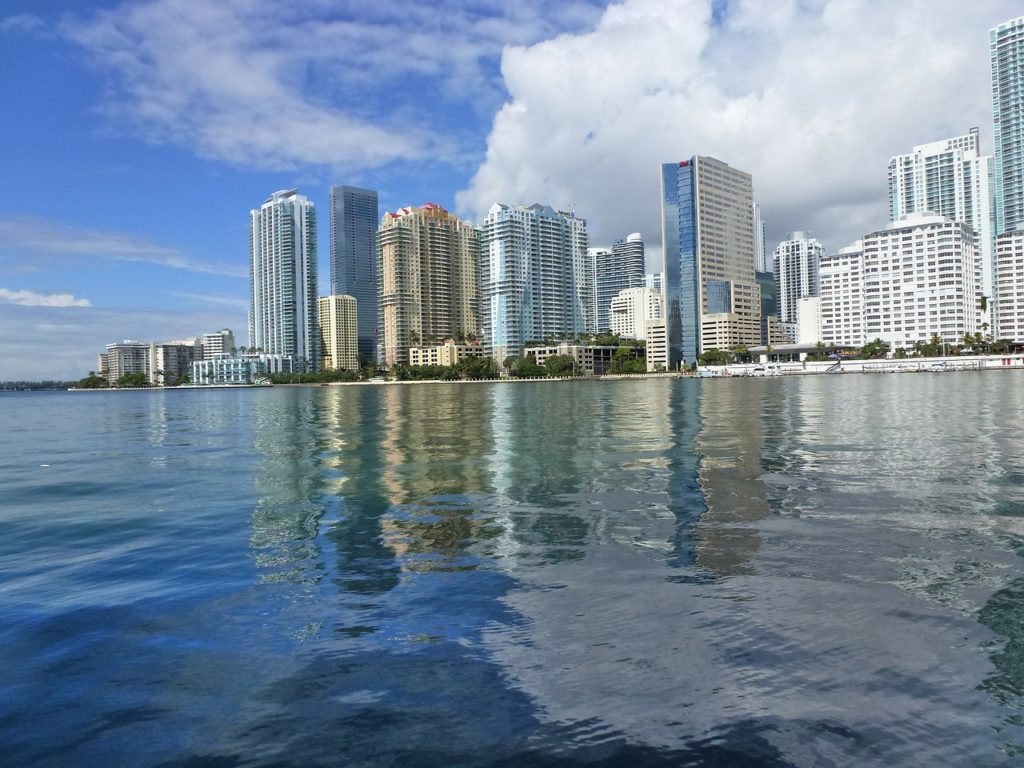 The City of Miami was incorporated on July 28, 1896. Julia Tuttle, a wealthy widow from Ohio, moved to the southern tip of Florida in 1891 and purchased 640 acres on which to farm. She befriended railroad builder Henry Flagler and convinced him to extend his railroad to Miami. Soon a resort hotel was built and, with Flagler’s assistance, plans were laid out for the town. The city now ranks as the third wealthiest city in the United States.