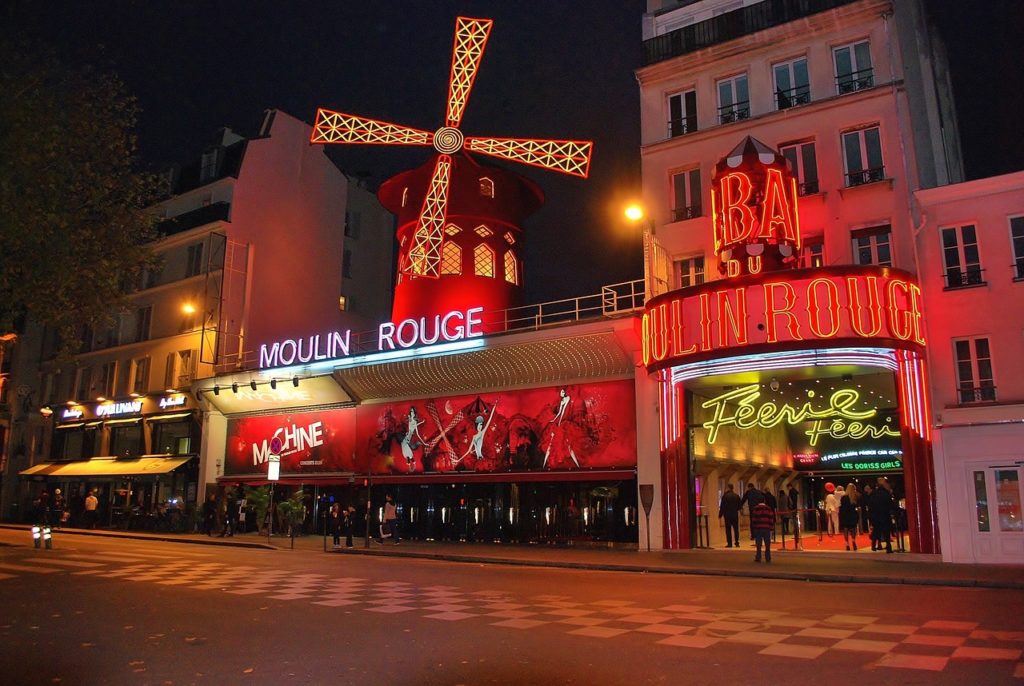 On October 6, 1889, the famous Moulin Rouge opened its doors in Paris’s 18th district. The Eiffel Tower was constructed the same year, showcasing the cultural pioneering that dominated Paris at the time.

Moulin Rouge was founded by two businessmen – Joseph Oller and Charles Zidler . The venue was located at the bottom of a hill in the Montmartre neighborhood in 18th District. Their objective was create a fun-filled place which shall be available to people from all walks of life, from the very wealthy to the lowliest labourer. The façade was decorated with glittering electric lights, which were a novelty at the time, with a huge red windmill at the very front of the building.

Moulin Rouge operettas were well-known as well as the most famous cabaret performance: the Can-Can. Many dancers such as La Goulue, Miss Jenny and Nini Pattes-en-l’air became symbols of Parisian cabaret. The Moulin Rouge quickly became a world-renowned cabaret, immortalized internationally by the art of Henri de Toulouse-Lautrec among others.

The Moulin Rouge went through many transformations over the years as it tried to find itself a place in French society. At the top of the venue’s decorated résumé is its recognition as the birthplace of the can-can dance, a furious-paced line dance marked with high-kicks, splits, and cartwheels that remains popular to this day.