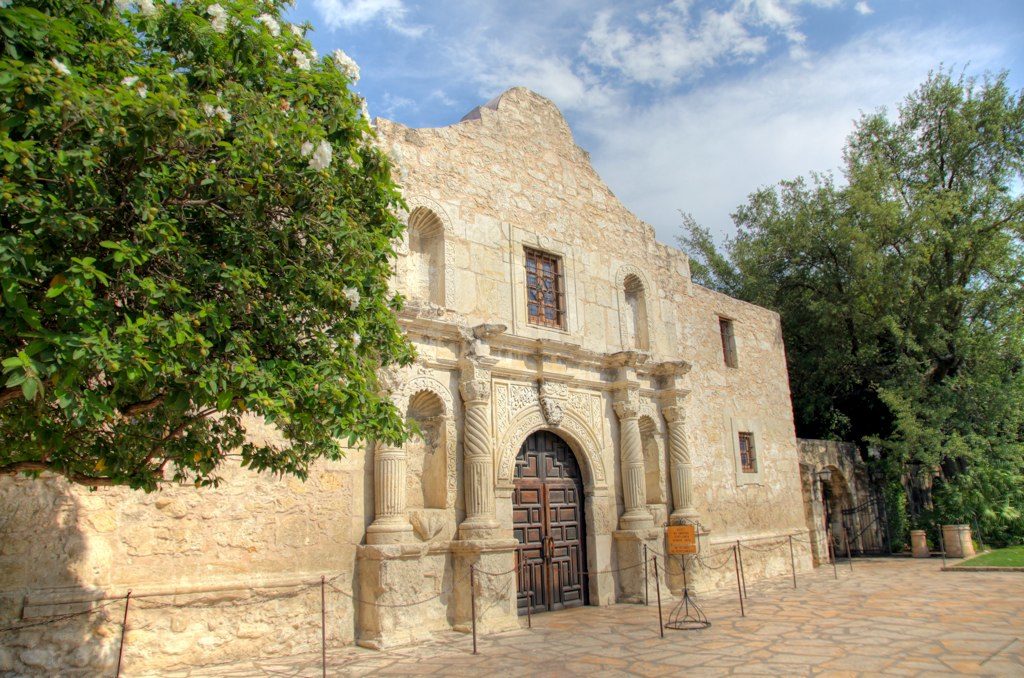 At its early formation, the territory of Texas was in Coahuila y Tejas, the northern region of Mexico and it found itself in a tug of war.  Rebel forces in Texas were seeking independence from Mexico but the Mexican government did not want to cede more territory to the expanding United States. The old mission fort known as the Alamo became the backdrop for the fight for Texas.  Lieutenant Colonel William Barret Travis was in command of the fort.  Defenders like Davy Crockett from Tennessee and Jim Bowie from Louisiana came from all over the United States and its territories. Davy Crockett has just lost his re-election campaign to the U.S. Congress and before the election he told his constituency that "if they did not elect me they could go to hell and I would go to Texas!"  The battle of the Alamo lasted 13 days from Tuesday, February 23 through Sunday, March 6, 1836. In one of this final letters from the fort, Travis wrote: "The enemy has demanded a surrender at discretion otherwise the garrison are to be put to the sword, if the fort is taken — I have answered their demand with a cannon shot, and our flag still waves proudly from the walls — I shall never surrender or retreat." The deadly siege ended with the capture of the mission fortress and the death of nearly all of its Texan defenders; only a few women, children and slaves were spared.