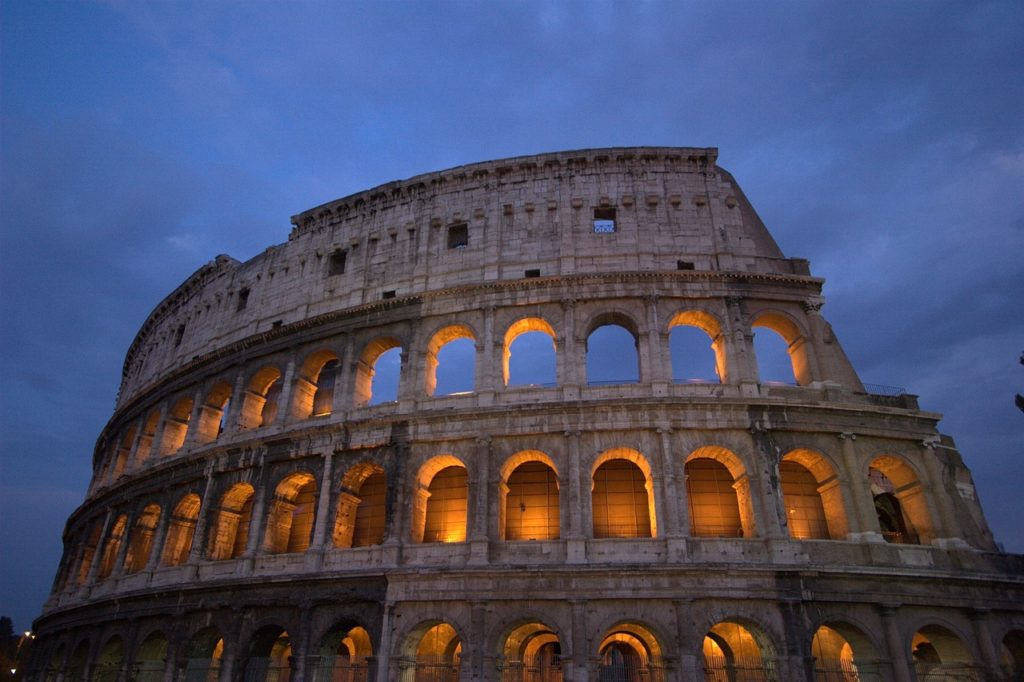 On July 18, in the year 64 AD, a fire began in the shops and residences surrounding the Circus Maximus in Rome. Because many of the structures were wooden, they quickly caught fire and burned with a fury. Soon, the fire spread completely out of control and burned for, by some accounts, six days. The Emperor Nero’s palace was destroyed as were four of the fourteen Roman Districts. At least three other districts were badly damaged. Rumors quickly spread that Nero had started the fire for reasons that range from revenge against the Senate to insanity. Seeking to deflect blame, Nero blamed the members of a new cult in Rome, the Christians. Members of the Christian religion were gathered together and tortured into confessions. Nero had them set on fire to provide “illumination.” After the conflagration, Nero set out a new plan for the development of the city’s structures. Buildings were constructed of masonry and spaced apart. However, in 69 AD and again in 80 AD, great fires again ravaged the Empire’s capital city.