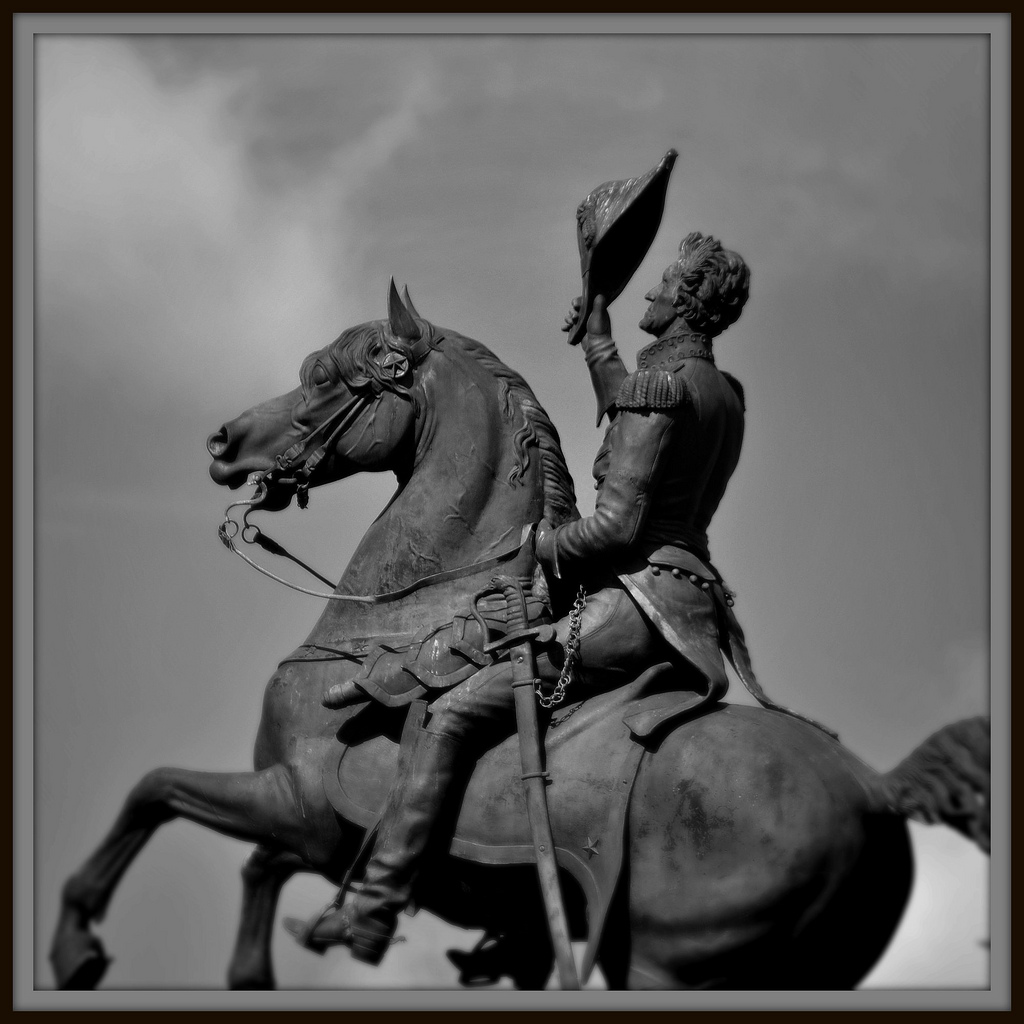 The War of 1812 was over. On December 12, 1814, the United States and Britain signed the Treaty of Ghent ending the war. Unfortunately, American forces under the command of General Andrew Jackson and British forces encamped near New Orleans were unaware of that fact. The two armies had faced each other off south of New Orleans since mid-December and news traveled slowly.

On January 8, 1815 British forces attacked Jackson’s position. The fighting was devastating to the British forces in their assault on the far better positioned Americans with 290 British dead and more than 1,200 wounded versus 13 American dead and 39 wounded. The decisive peacetime victory became a legend and paved the way for Andrew Jackson to become president.

Informed about a potential intrusion on the Gulf Coast, the leader of the U.S. Seventh Military District, Andrew Jackson, left Mobile, Alabama, for New Orleans on November 22. Recently elevated to Major General in the Regular Army for his effective mission against the Creek Indians, Jackson arrived at the city on December 1 and started gathering the military, which comprised of a diverse force of soldiers, sailors, and militia, including Indians and African Americans,

On January 8, 1815, Maj. Gen. Andrew Jackson’s hurriedly collected armed force won the day against the strong British power. The reverberating American triumph at the Battle of New Orleans before long turned into an image of American democracy winning over the old European thoughts of aristocracy and entitlement. The fight was the last major armed engagement between the United States and Britain.