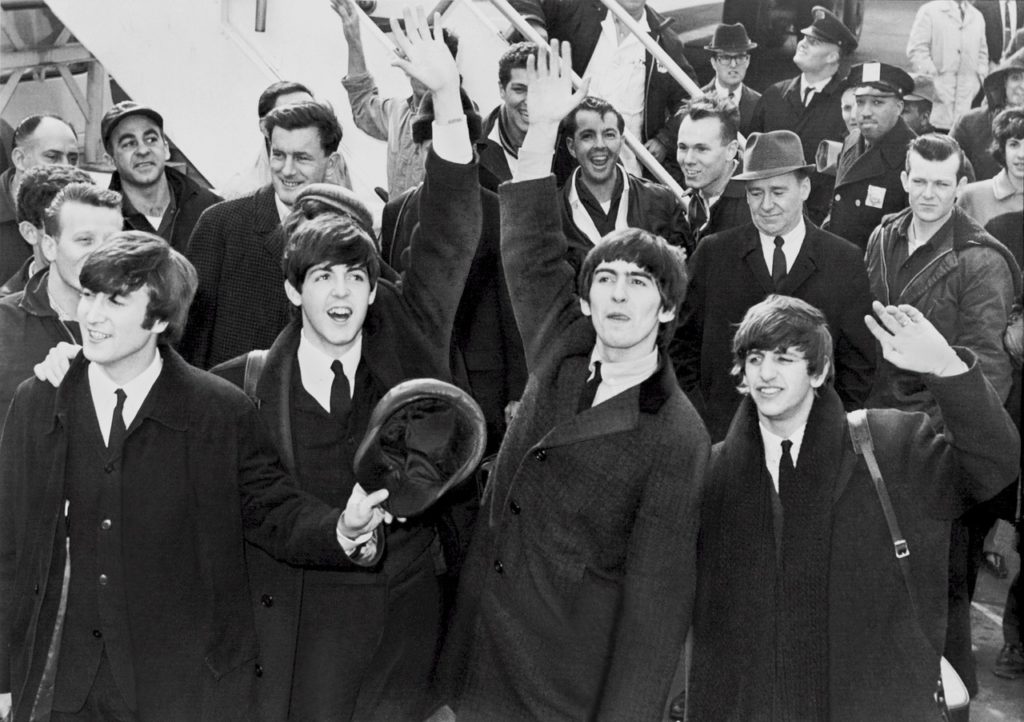 On this day, the Beatles take the airwaves in the U.S. with their first appearance on The Ed Sullivan Show.

Over 73 million Americans (40% of the population) gathered around television sets to see what all the excitement was about, enough to make the Beatles the all-time ratings champs for a regularly-scheduled program. he band opened and closed the hour-long show with five songs: All My Loving, Till There Was You and She Loves You during their first set, and I Saw Her Standing There and I Want to Hold Your Hand during the second.

While more than a third of America’s population witnessed music history in the making the night The Beatles appeared on The Ed Sullivan Show, 728 very lucky individuals got to see it all go down live as part of the show’s audience.

Ed Sullivan, the “king of Sunday night television,” booked The Beatles for three appearances after seeing the response of fans during a visit to London.

Following the appearance on “The Ed Sullivan Show,” the phenomenon of Beatlemania swept the country. John, Paul, George and Ringo secured their place in American hearts and spurred an invasion of British rock ’n’ roll that altered the face of popular music in the U.S.