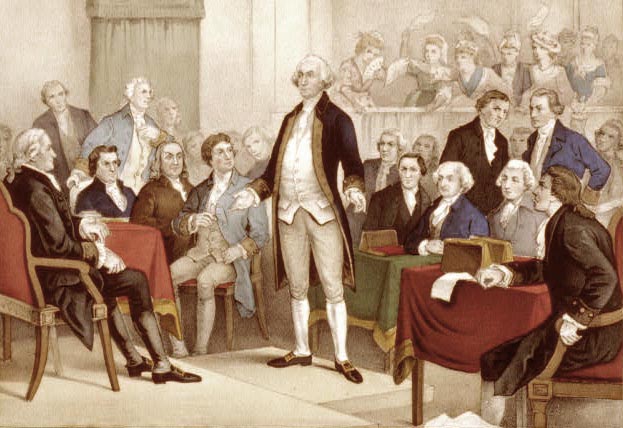 The long-distance relationship between King George III of England and his American colonies was not going well. On September 5, 1774 a convention was held in Philadelphia, attended by 55 members appointed by the twelve of the thirteen British colonies. Only Georgia did not send delegates. First proposed by Samuel Adams, the First Continental Congress met briefly to consider an economic boycott of British trade, and to petition King George with grievances and a list of rights. A boycott of British trade and plans to form a Second Continental Congress were the major accomplishments of the convention, but those in attendance suspected that the real result would issue in a war for independence.