TODAY IN HISTORY: The First National Monument and… (Sept. 24th) 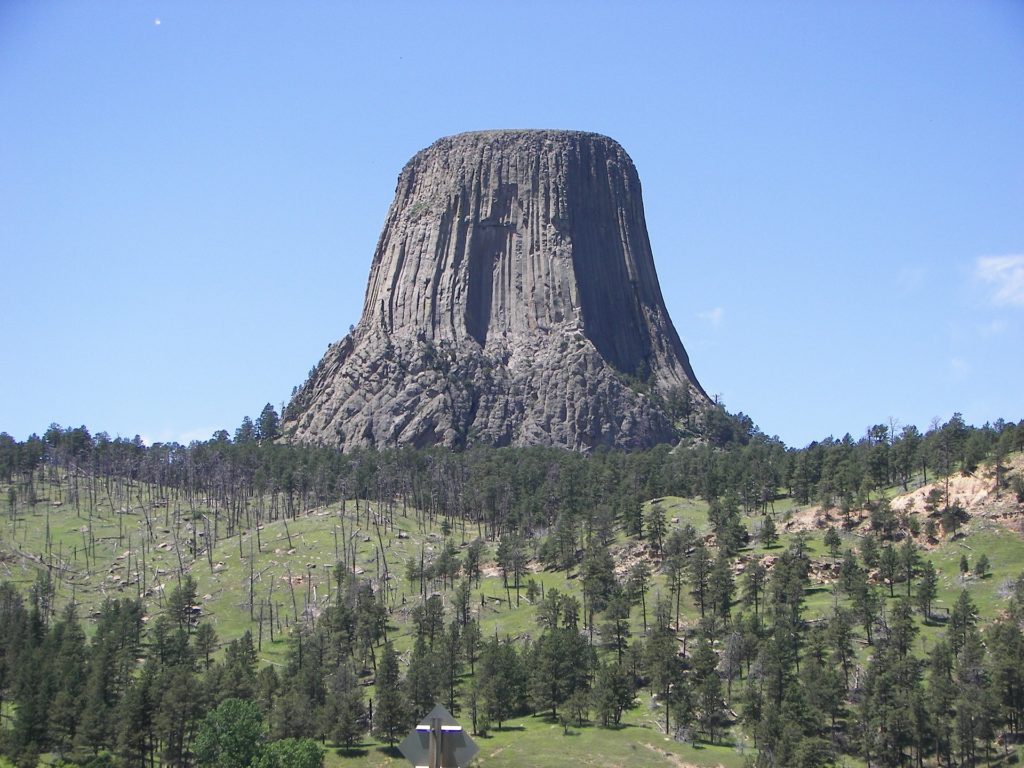 The 1859 Yellowstone Expedition first reported the find of an amazing rock formation, know by local Native Americans as the “Bear’s Lodge”. It was during this expedition that the name “Devils Tower” originated. In his 1876 book, The Black Hills, Dodge called it “Devils Towe.” He explained: “The Indians call this shaft The Bad God’s Tower, a name adopted with proper modification, by our surveyors.” By the time Wyoming was granted statehood in 1890, “Devils Tower” had replaced Bear Lodge as the official name for the geologic formation.

On September 24, 1906, President Theodore Roosevelt proclaimed Devils Tower, Wyoming, Yellowstone the first National Monument of the United States. The tower is an igneous (fire formed) intrusion of rock from which the surrounding, softer materials have eroded. The monolith may be a volcanic plug from a long-ago disappeared volcano. Devils Tower National Monument, established in 1906, is a spectacular rock formation. It is a home to a wide variety of plant and animal life.

The late Mike Wallace tells the story of how the most successful news magazine show in television history was born.