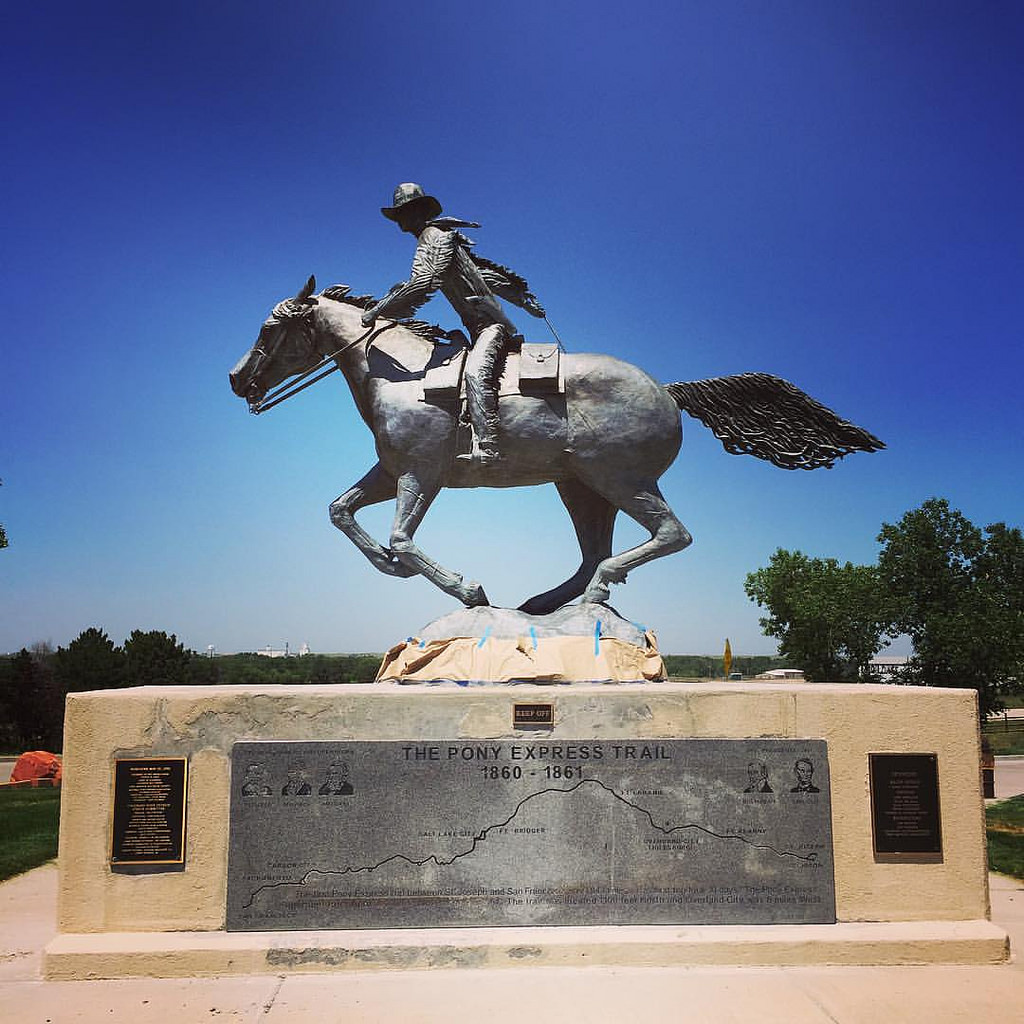 Young men once rode horses to carry mail from Missouri to California in the unprecedented time of only 10 days! This relay system along the Pony Express National Historic Trail crossing eight states was the most direct and practical means of east-west communications in 1860. From Missouri to California the Pony Express riders could deliver a letter faster than ever before.

On April 3, 1860, the Pony Express mail service was born.  William H.Russell, Alexander Majors & William B Waddell were its founders and they were able to successfully put together their idea in a two month period during the winter of 1860. It was an enormous undertaking, assembling 156 stations, 120 riders, 400 horses, and hundreds of employees, all during January and February of 1860.

Riders on horseback traveled between Saint Joseph, Missouri and Sacramento, California with stops across the Great Plains, over the Rocky Mountains and the Sierra Nevada delivering mail, small packages and messages. The mail carriers stopped at relay stations each way to change riders and mount fresh horses.

During its 19 months of operation, the Mail Express reduced mail delivery time between the coasts by approximately 10 days.  The successful relay, however, was short lived. On October 26, 1861, the succumbed to the expanding railway and telegraph system cross the North American continent.