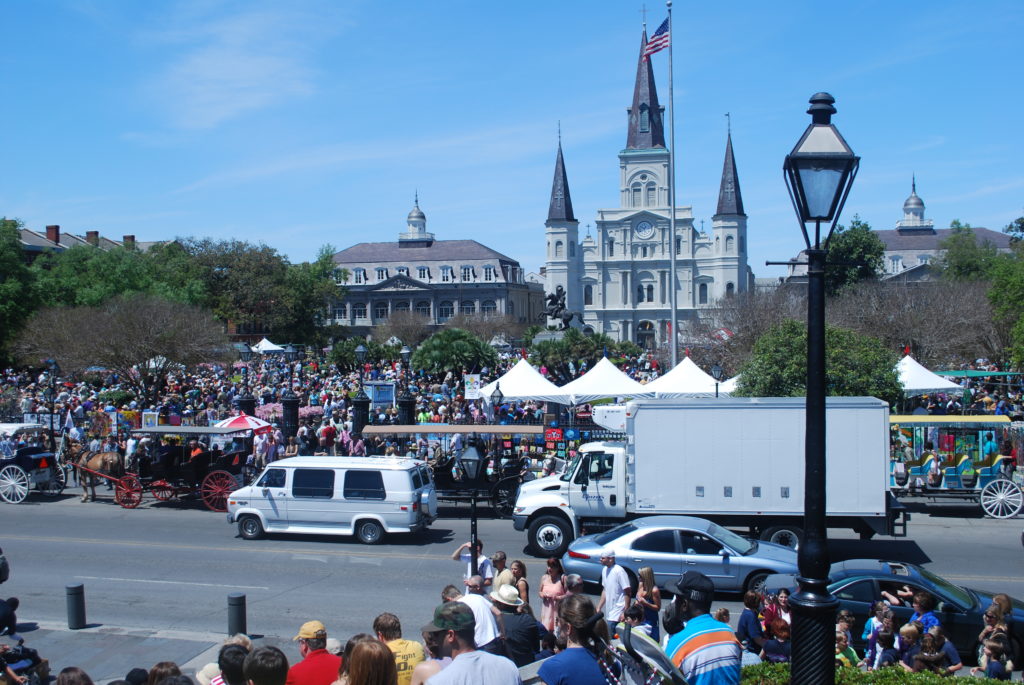 One of the most vibrant city's in America has its beginning roots in France.  Once know as La Nouvelle-Orléans, the city of New Orleans (NOLA) was established on May 7, 1718. NOLA was named for Philippe II, France's Duke of Orléans.  The French established a stronghold on New Orleans because of the accessible port made trade convenient for the French Mississippi Company that was led by Jean-Baptiste Le Moyne de Bienville. Under the 1763 Treaty of Paris, New Orleans was given to Spain but then France regained control in 1801. Thomas Jefferson negotiated the Louisiana Purchase in 1803 which transferred the French colony and a massive swath of land in the middle of the American continen. Slave labor and fertile land fueled the sugar and cotton industry and a unique creole culture took root, giving the city a unique flavor and texture that today can't be found anywhere else in America.  Even today, Louisiana courts are the only judicial systems in the United States to be based on Napoleonic principles rather than English Common Law.