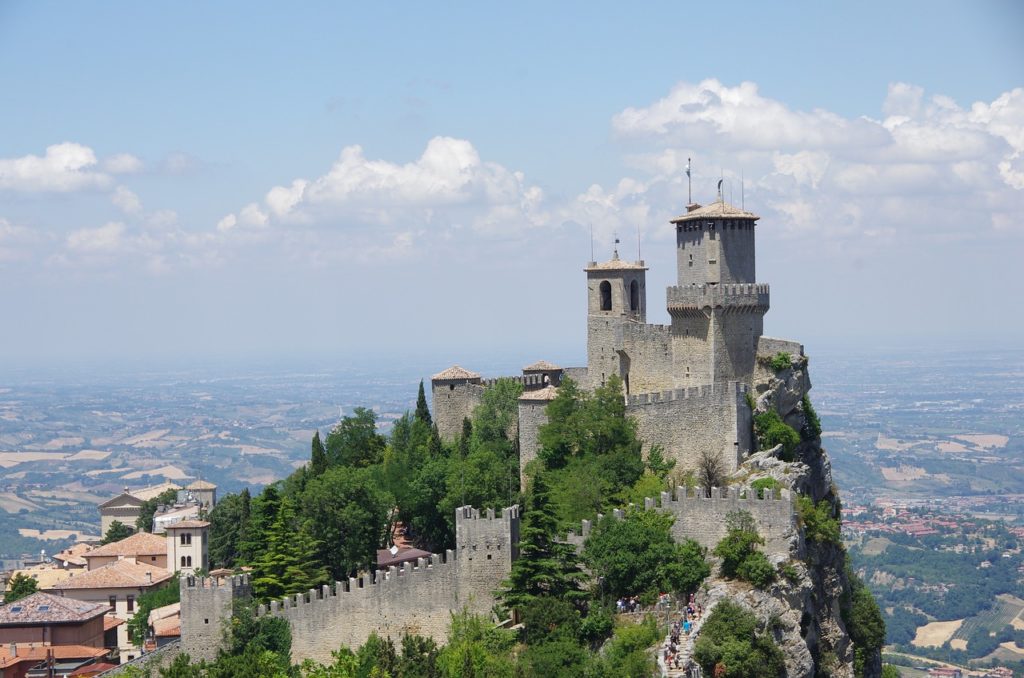 The tiny nation of San Marino is completely surrounded, landlocked in its entirety, by Italy in the Apennine Mountains. It has the third highest GDP in the world and boasts the smallest population of any of the members of the Council of Europe. San Marino is the oldest constitutional republic still in existence. Founded by Marinus of Rab on September 3, 301, its constitution dates back to 1600. It is not a member of the European Union and its population is approximately 29,000. Nearly 50% of its GDP comes from tourism, with approximately 3 million tourists each year.