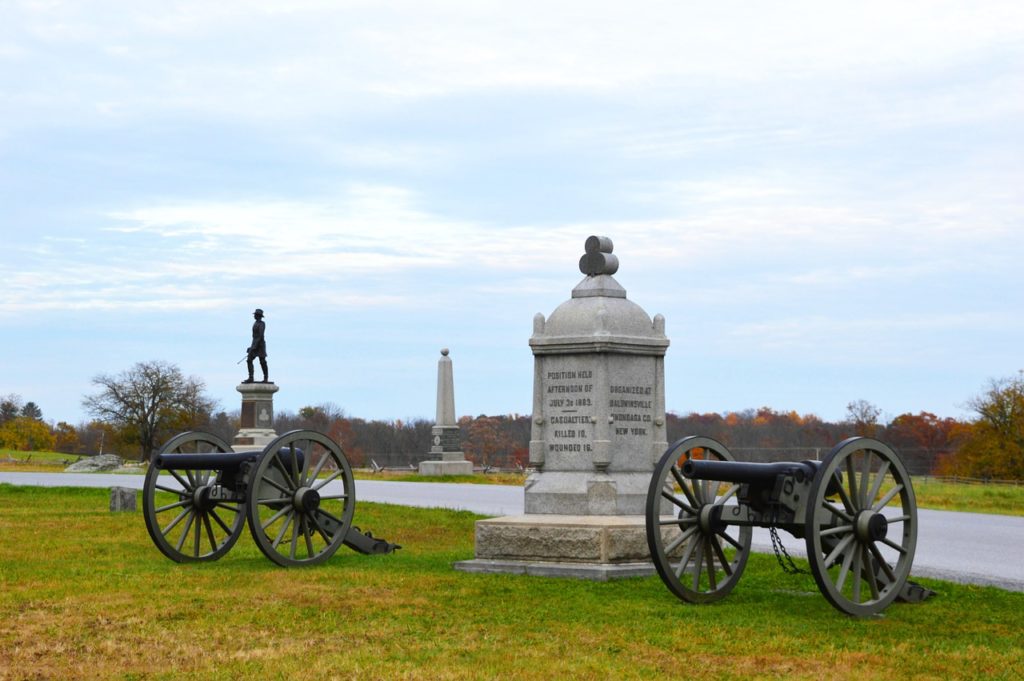 The Gettysburg Address on Nov 19, 1863 – “…we here highly resolve that these dead shall not have died in vain—that this nation, under God, shall have a new birth of freedom—and that government of the people, by the people, for the people, shall not perish from the earth.”

On November 19, 1863, President Abraham Lincoln delivered a short speech at the close of ceremonies dedicating the battlefield cemetery at Gettysburg, Pennsylvania. Honoring a request to offer a few remarks, Lincoln memorialized the Union dead and highlighted the redemptive power of their sacrifice. Placing the common soldier at the center of the struggle for equality, Lincoln reminded his listeners of the higher purpose for which blood was shed. In composing the Gettysburg Address, Lincoln must have been reminded of the words of David Wills, a prominent citizen of Gettysburg charged with cleaning up after the grisly battle of July 1-3, 1863.  Wills asked the president to attend the ceremony and make a “few appropriate remarks,” stating in his letter of invitation that Lincoln’s presence would

…kindle anew in the breasts of the Comrades of those brave dead, who are now in the tented field or nobly meeting the foe in the field, a confidence that they who sleep in death on the Battle Field are not forgotten by those highest in Authority; and they will feel that, should their fate be the same, their remains will not be uncared for.