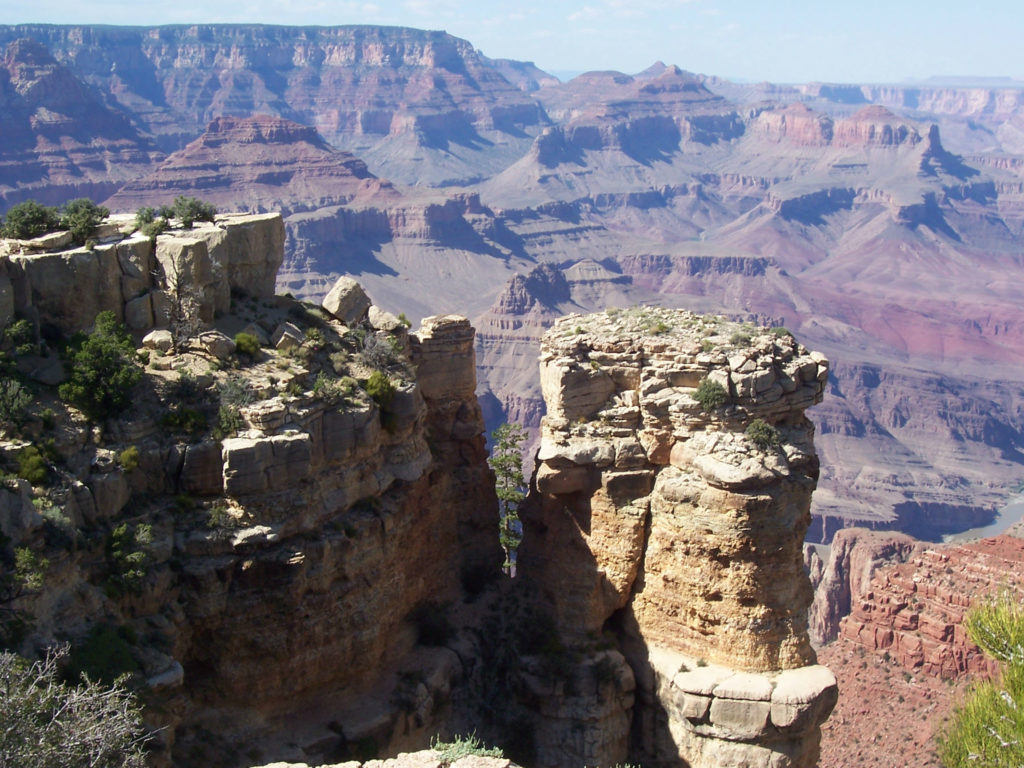 The Grand Canyon National Park hosts over 4 million visitors each year who explore sections of its 1.2 million acres.  Today, the National Park is also recognized as a UNESCO World Heritage site. The size of the National Park is vast and equals the land mass of the state of Delaware.  Its depth and width are inspiring–going over a mile deep and spreading from a quarter mile to 18 miles wide in certain places.

At Point Imperial the Grand Canyon‘s elevation stretches 9,000 feet exposing rock layers that display over two billion years of geologic history. The different elevations offer a variety of temperatures.  During the summer months the North Rim is generally 30 F degrees cooler than at river level. Although a handful of visitors walk to the river, even less make the journey from rim to rim.

However, each year Park rangers and visitors find novice hikers in distress along the canyon trails.  Sometimes fatalities result from dehydration and other hiking maladies. The best way to experience the spendor of the Grand Canyon is with an organized river camping trek, a plane flight over the Canyon, official programs, interpretive talks, museums and Junior Ranger programs that the National Park Service offers.