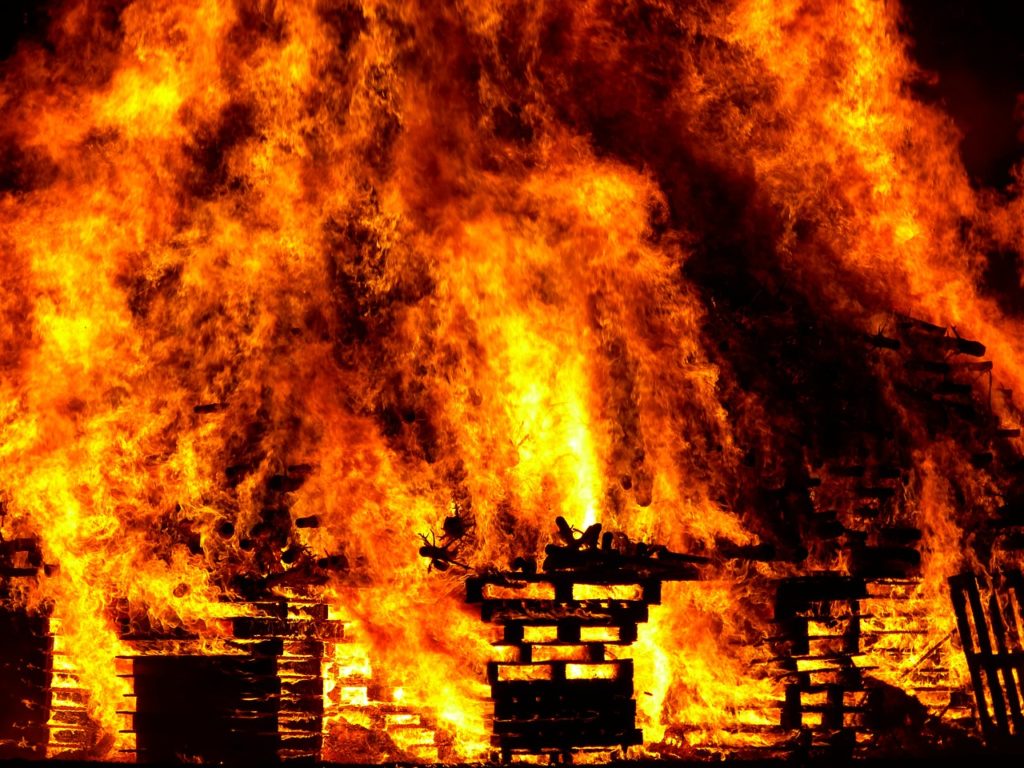 …One fine night when we were all in bed, Old Mrs. O’Leary left the light on in the shed… The Chicago Fire of 1871, also called the Great Chicago Fire, started on October 8 and lasted until October 10, 1871.  The flaming blaze destroyed thousands of buildings and home dwellings and claimed hundreds of lives.  Legend has it that a cow kicked over a lantern in a barn owned by Catherine O’Leary.  Others have theorized that humans caused the fire or even a meteor might have been responsible for the four mile long ruins that resulted.

The actual cause of the fire is, in fact, uncertain. The use of wood as a primary building material and a prevailing wind driving the fire to the north contributed to the fire’s spread. When the city’s water facility was burned, the fire fighters were without water. Finally, the Great Chicago fire burned itself out, aided by rain. Some 34 blocks were burned destroying millions in property value and leaving 90,000 homeless, almost a third of the city’s population. Fatalities numbered between two and three hundred.

After the Great Chicago fire, laws were passed requiring new buildings be constructed with fireproof materials such as brick, stone, marble, and limestone. These building materials, much more expensive than wood, are held together by a sticky, strong substance called mortar.