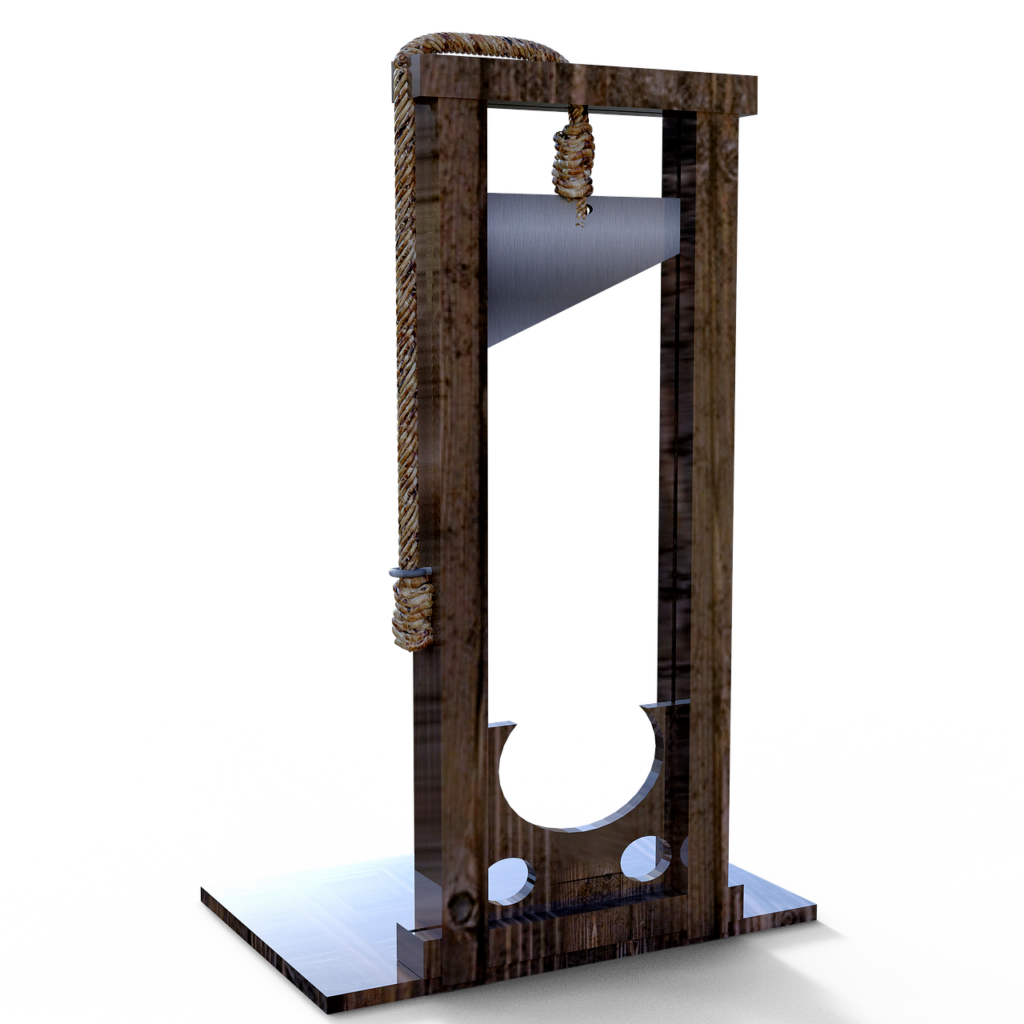 In 1791, the French National Assembly was seeking a new method of execution. Former methods were considered too inhumane, such as the infamous “breaking on the wheel”. Assembly member Joseph-Ignace Guillotin suggested the construction of a device to decapitate the accused with a steel blade. The guillotine was the official method of execution in France until the abolition of the death penalty in 1981. Its last usage was to execute a murderer, Hamida Djandoubi, on September 10, 1977.