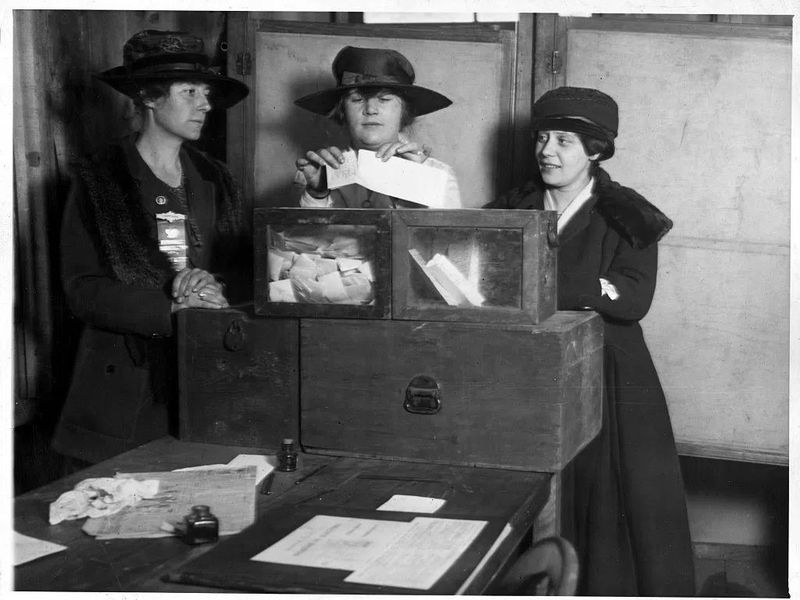 A mere 88 years ago, women had no Constitutionally guaranteed right to vote in elections. In January of 1918, President Woodrow Wilson announced that he was supporting a new amendment to the US Constitution that would give women the right to vote. The House of Representatives passed the 19th amendment, but it failed in the Senate after a series of delays. The National Woman’s Party began a campaign to oust members of Congress who voted against the 19th Amendment – with great success. The following year, both Houses of Congress were overwhelmingly pro-suffrage. On May 21, 1919 the House of Representatives passed the amendment by a vote of 304 to 89 and in June, the Senate passed it by a margin of 56 to 24. After ratification by the States, the Nineteenth Amendment was certified on August 26, 1920.

Beginning in the 1800s, women organized, petitioned, and picketed to win the right to vote, but it took them decades to accomplish their purpose. Between 1878, when the amendment was first introduced in Congress, and August 18, 1920, when it was ratified, champions of voting rights for women worked tirelessly, but strategies for achieving their goal varied. Some pursued a strategy of passing suffrage acts in each state—nine western states adopted woman suffrage legislation by 1912. Others challenged male-only voting laws in the courts. Some suffragists used more confrontational tactics such as picketing, silent vigils, and hunger strikes. Often supporters met fierce resistance. Opponents heckled, jailed, and sometimes physically abused them.

By 1916, almost all of the major suffrage organizations were united behind the goal of a constitutional amendment. When New York adopted woman suffrage in 1917 and President Wilson changed his position to support an amendment in 1918, the political balance began to shift.

On May 21, 1919, the House of Representatives passed the amendment, and 2 weeks later, the Senate followed. When Tennessee became the 36th state to ratify the amendment on August 18, 1920, the amendment passed its final hurdle of obtaining the agreement of three-fourths of the states. Secretary of State Bainbridge Colby certified the ratification on August 26, 1920, changing the face of the American electorate forever.