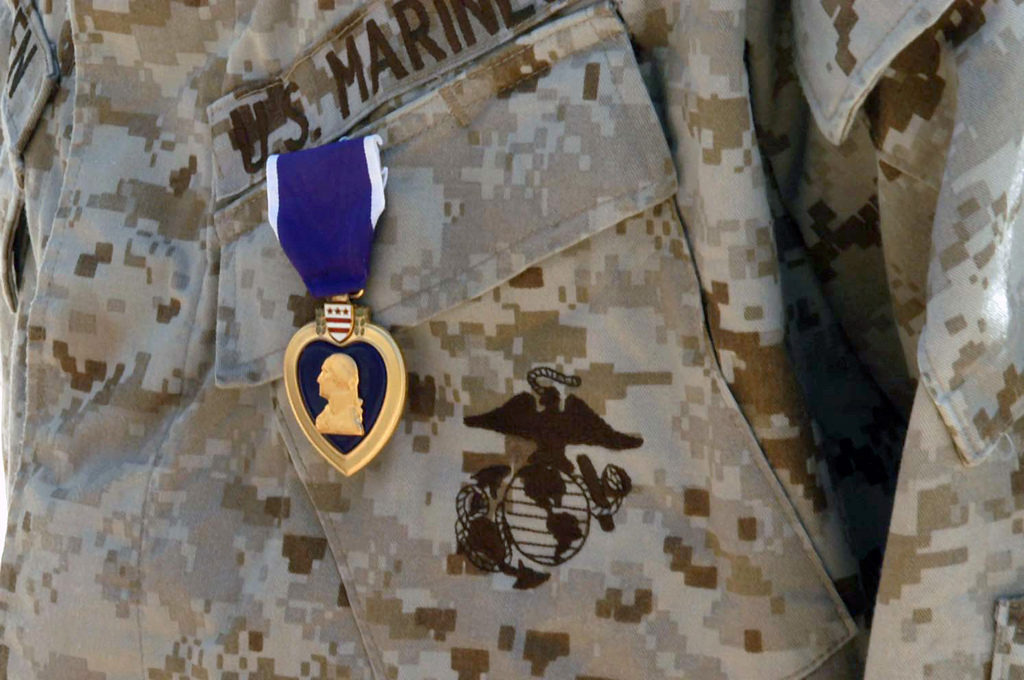 On August 7, 1782, General George Washington issued orders to the Continental Army to create a Badge of Military Merit–that badge was designed by Washington himself.  The Purple Heart, as the badge was named, was intended for soldiers who were wounded in battle.  It is the first medal to be awarded to common soldiers as opposed to officers. The Purple Heart is also the second oldest United States military award in existence.