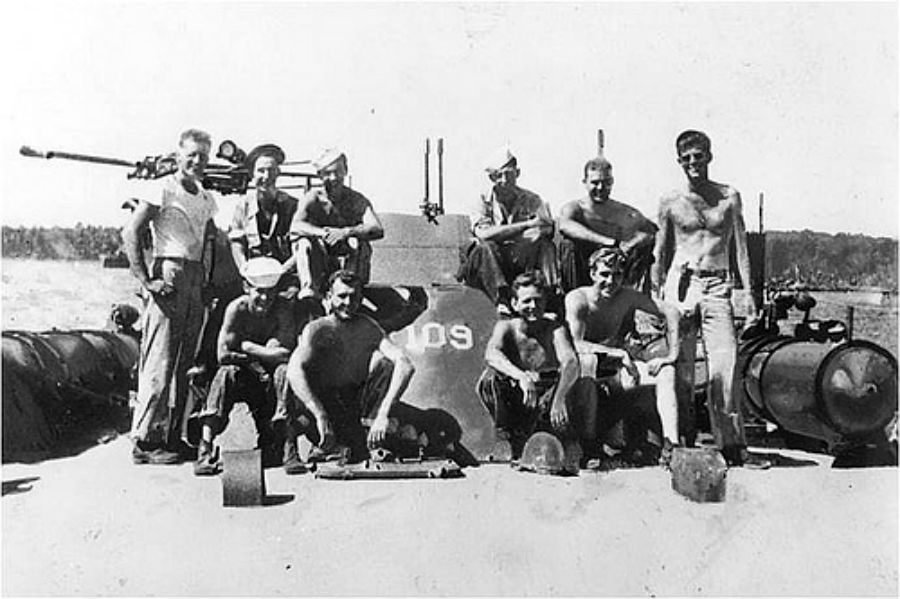 The United States PT-109 was a World War II-era boat used in the Pacific Theater. It was commanded by 26-year-old skipper John F. Kennedy. A Japanese destroyer patrolling on a moonless night smashed into PT-109, killing several crewmen and sending the survivors into the water. Kennedy, an excellent swimmer, towed injured companions to the safety of a small island. Kennedy then swam an additional 4 kilometers to another island seeking food. He returned and led the rest of the men to land. Kennedy scratched an emergency message on a coconut husk, which he gave to two islanders. The islanders took the coconut to central command which then sent a rescue party. As president, Kennedy kept the coconut shell in a glass container on his desk. It is now preserved at the John F. Kennedy Library in Boston. In May 2002, the wreck of PT-109 was recovered from the ocean floor.