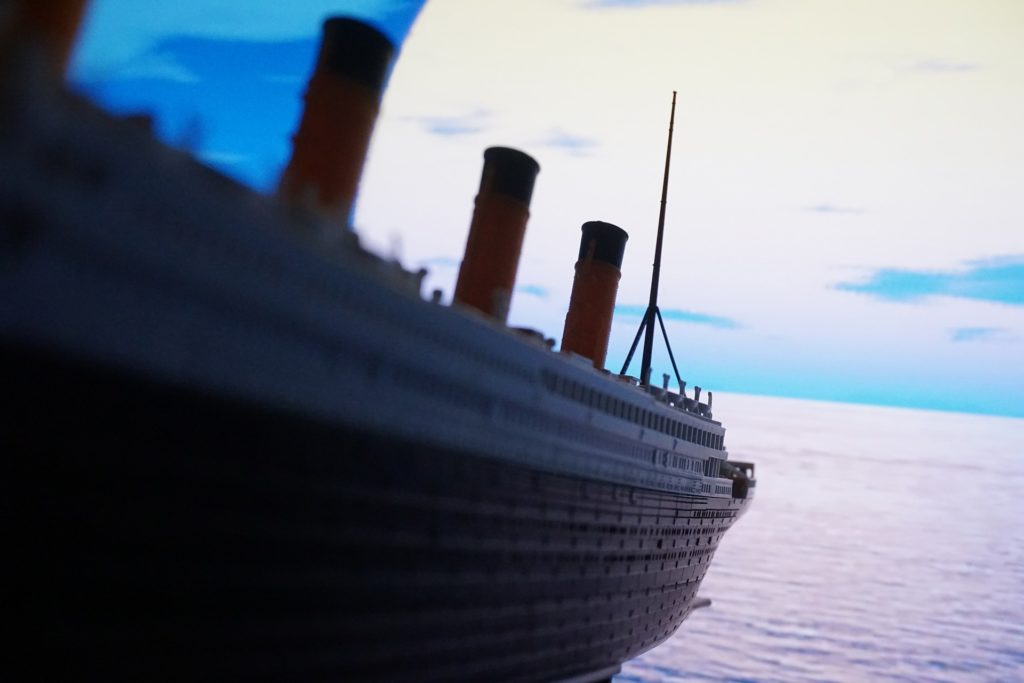 On April 10, 1912 the RMS Titanic set sail on its maiden voyage. The ship departed Southampton, England, bound for New York City, New York, with Captain Edward J. Smith in command and 2,223 people aboard. The Titanic stopped in France and Ireland to pick up additional passengers. Among the passengers were many famous names: John Jacob Astor and his wife; Denver millionairess Margaret “Molly” Brown; Benjamin Guggenheim; Macy’s owner Isidor Straus along with the White Star Line’s director J. Bruce Ismay and the ship’s builder Thomas Andrews. In the Titanic, there were three classes of passengers; many in third class were Irish and British immigrants looking to a new life in America.

On Sunday, April 14, the ship altered course slightly south in response to iceberg warnings. A number of subsequent warnings from other ships were received, but not acted upon. At 11:40 pm, lookouts spotted an iceberg directly ahead of the Titanic ship. A collision was unavoidable. The ship hit the massive ice, buckling its hull and breaching five underwater compartments. Shortly after midnight, Captain Smith ordered lifeboats into the water. There were only 20 lifeboats on board with a total capacity of 1, 178 people, but many of the lifeboats were launched only partially filled as in the early stages of the crisis, many did not believe the ship would sink. Of the 2,223 people on board the RMS Titanic, 1,517 died with only 706 surviving. No one imagined that the Titanic’s Maiden Voyage would have such a disastrous end.