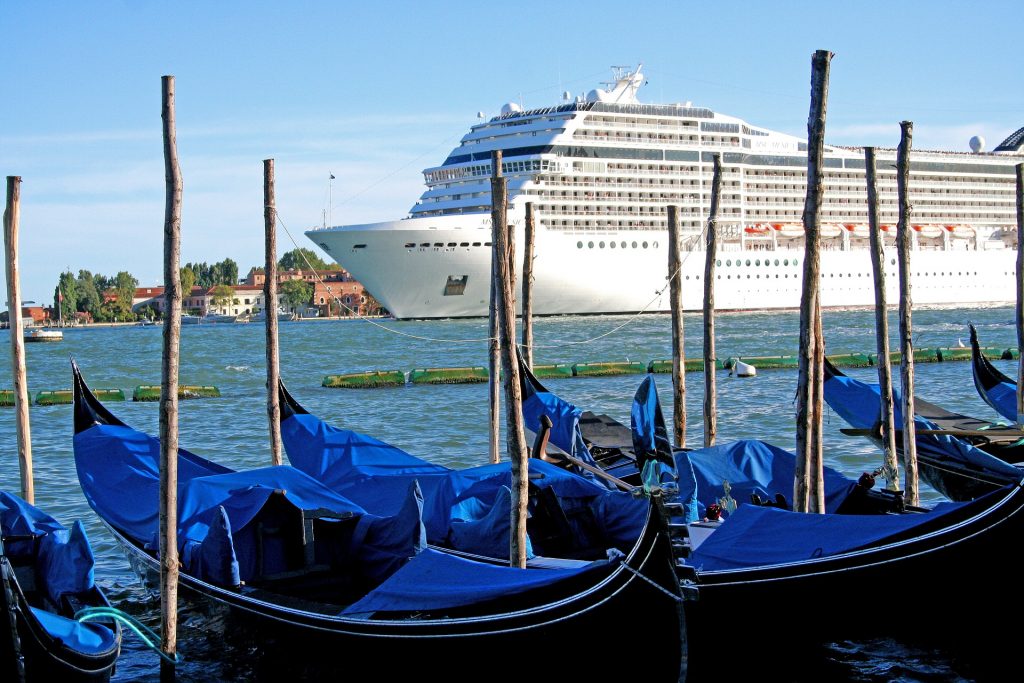 In recent years, Venice has introduced a number of laws and regulations in order to crack down on the large number of tourists that flock to the city every year, including a tourist tax of up to €10 for day trippers which caused controversy at the beginning of this year. The Italian government has now gone a step further by announcing plans for large cruise ships to no longer be allowed to dock in the city’s historic center, instead being rerouted to the Fusina and Lombardia terminals outside of the city center.

The proposed ban comes after a long campaign by local residents who no longer want cruise ships to be able to enter the city. It has long been known that the constant waves created by cruise ships have a detrimental effect on the foundations, causing the city to flood on a regular basis, as well as being responsible for the polluting of the canals. Locals also feel that the ships bring too many tourists into the city – in 2018, 502 cruise ships brought 1.56 million tourists – and also detract from Venice’s beauty. The campaign gained momentum in June this year when a large ship collided with a dock and a small tourist boat in the Guidecca canal, injuring five people. Guidecca is located close to St. Mark’s Square, one of the most popular sites in Venice, and is one of the city’s major waterways. Just weeks after this incident, another liner narrowly missed a yacht during a storm.

The Italian government is planning to stagger the number of ships banned from the center. As of next month, some liners will be forced to dock at the Fusina and Lombardia terminals away from the city center. By the end of 2020 they hope to have at least one-third of all cruise ships rerouted. The new law would apply to vessels exceeding 1,000 tons.

While the move has been celebrated by many Venetians, many conservationists have stated that it is not enough to slow down the rate of underwater erosion, water pollution and air pollution. Despite the proposed ruling, cruise ships would still be docking in the city, just not in the historic center, so in terms of environmental issues, it is thought that little would change.

Venice is the latest European city to consider implementing restrictions on large vessels. Last month, the City of Dubrovnik and the Cruise Lines International Association (CLIA) signed a Memorandum of Understanding stating they were going to work together to preserve and protect the heritage of the city, focusing on responsible tourism. This will include restricting the number of cruise ships allowed to dock within the city. The mayor of Barcelona has also made similar promises.

These crackdowns on cruise ships in historic cities come at a time when cruise vacations are on the rise. Over the last ten years, cruise ship passengers have risen from 17.8 million in 2009 to 28.2 million last year, with a projected 30 million expected for 2019.

This World Brief was written by Ali Jennings exclusively for World Footprints.