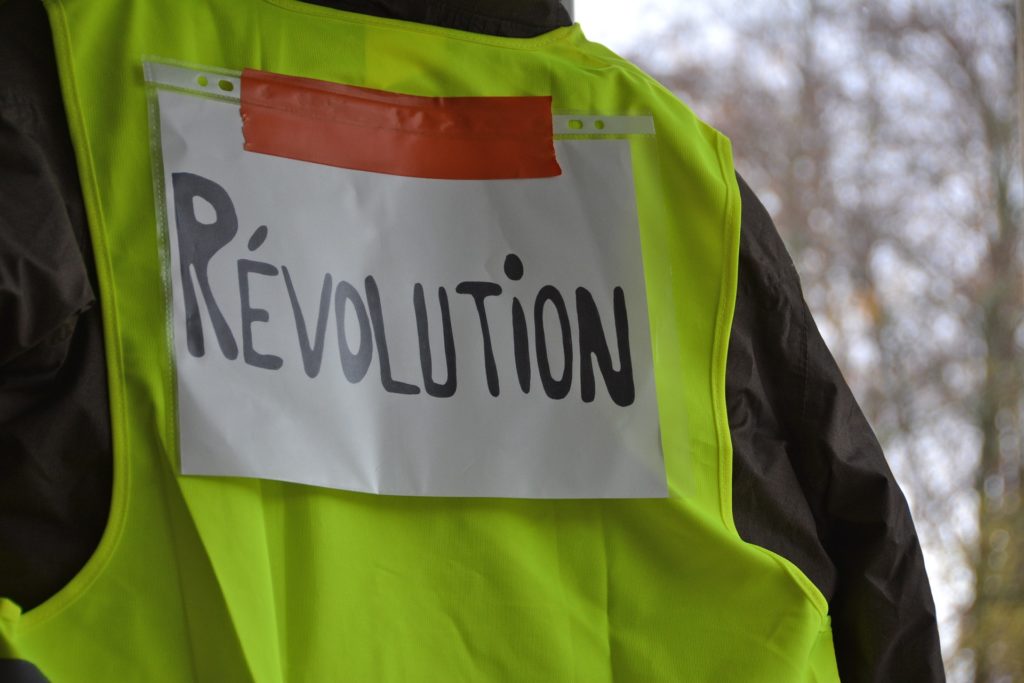 Since 17th November, there has been unrest as anti-government protestors have taken to the streets of France’s capital demonstrating against high costs of living and spike in the diesel prices. The demonstrations in Paris also attacked Macron’s presidency and shed light on the mass public’s belief that his regime only favored the rich and was trying to modernize the French economy at a rate that was far from realistic.

The Yellow-vested Protestors in Paris

The movement began with a few lower-middle-class workers protesting the new eco-tax and has now expanded with even students taking part and calling for changes to the French high school examinations and university entrance procedures.

Most of the “yellow vest” demonstrators in Paris appeared to be working-class white men from elsewhere in France, angry at economic inequalities and stagnation. While most the havoc and destruction was seen in the capital city, police and protesters also clashed in other French cities, notably Marseille, Toulouse and Bordeaux, and in neighboring Belgium.

Closure of Landmarks Due To Rising Fear in Paris

Following the three weeks of demonstrations and the rising tensions, the French authorities closed off the iconic Louvre Museum, Eiffel Tower, and other popular attractions in Paris in a bid to prevent an even more catastrophic outbreak of violence.

During the most recent protest on Saturday 8th December, there were more people and yellow-vested protestors on the streets in Paris than there have been since the demonstrations began. Despite roads and establishments being closed off, close to 125,000 protestors went on a rampage and were met by 89,000 police determined to put an end to the rioters. Out of the thousands of yellow-vested participants across France, 125 were injured and over 1,200 people were taken into custody.

According to the Interior Ministry, the roundup scale that was prevalent over the weekend is unlike any other the country the city has seen in years.

Economic Damage Resulting From the Riots

The “yellow vest” protests have had a catastrophic effect on the French economy. Le Parisien newspaper reported that in the capital about 50 vehicles had been burnt and dozens of businesses vandalized, with some of them looted. The authorities in the city say that riots have caused millions of pounds of damage.

Since the protests began on November 17th, retailers have lost close to €1bn and the restaurant trade has declined by between 20%-50%.

During his first public comments since the protestors started taking shots at his presidency, French President Emmanuel Macron offered concessions to quash the demonstrations in Paris. While he condemned the violence, he pledged to expedite tax relief for workers who were struggling and to eradicate the tax hikes for retirees and pensioners.

On top of that, he also reiterated promises he had made earlier on concerning both raising the minimum wage and abolishing taxes on overtime pay as of Jan.1, which is several months ahead of the schedule.

All these proposed concessions were issued addressed demanded by the yellow-vested protestors.

The yellow vest movement is still on-going and the demands are taking new form; from taxing the rich to raising the minimum wage to having President Macron hand in his resignation.

This article was written by special contributor Victor Kanake exclusively for WorldFootprints.com.