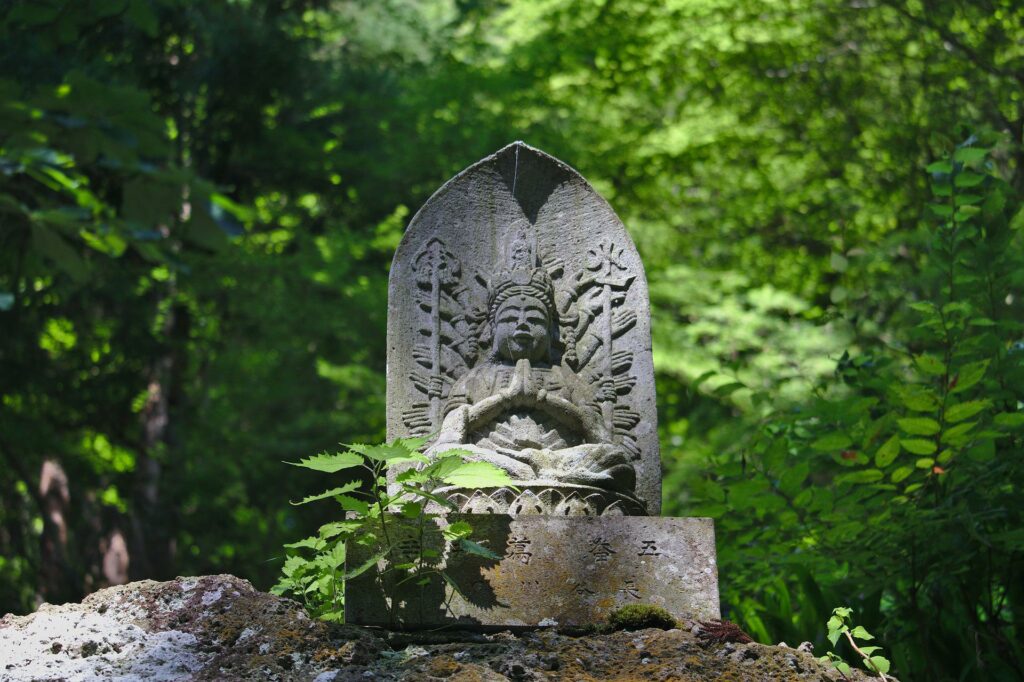 At the end of my backpacking trip through Japan, I had three days to spare with no idea what to do. I had already explored the very south (Hiroshima) as well as all major landmarks around the central part of this beautiful Asian country (Mount Fuji, Kyoto, Osaka, Tokyo). Consequently, I went online to see what I could explore further up north in the time that I had left.

The search would only take a few minutes until one distinct image immediately attracted my attention. The picture of Yamadera, a stunning temple area up high in the mountains of the Yamagata prefecture. Ancient buildings surrounded by dense evergreen forests? That was all I needed to know. Following my research, I booked a ticket for the Shinkansen train leaving that very afternoon.

Planning the trip to Yamadera

After the relatively short train ride of only one and a half hours from Japan’s capital, Tokyo, I arrived Sendai, the largest city of the Tohoku region, at around 8 PM. Located about 55 km away from Yamadera Temple, choosing this location as a starting point is a good idea. As soon as I got settled into my hotel, I started to look up the fastest and easiest way to get to Yamadera Temple in the morning.

In general, there are many options to reach Yamadera Temple from Sendai. However, especially for those traveling on a budget, only a few make sense. A rental car can easily cost around $100 and, depending on how early the trip is intended to begin, must be picked up the day before according to the opening hours of the rental place. This goes along with the issue of finding parking. Just like in all major Japanese cities, parking spaces are usually quite hard to find and, if successfully done so, are quite expensive as well.

Since hiking would take roughly 23 hours per way, taking the local train represents the best and most affordable option. In fact, a train ticket from Sendai to Yamadera Station only costs roughly $7. Not only is the train extremely cheap, but also represents the fastest way to the temple. Accordingly, I went to bed early and set my alarm for 6 AM.

Once I figured out the way from my hotel in Sendai to the local train departure point, Hirose Dori Ichiban-cho train station, the one-hour ride to Yamadera station was smooth and relaxing. After I exited the train, I started to look around, in hopes of finding orientation in this new and unknown environment.

I had not purchased a local cell phone card and was now merely depending on both common sense and old-school navigation skills instead of mobile data and GPS support. Luckily, a brief look into the mountains instantly revealed a small building tucked away in the dense forest, indicating the location of the Yamadera temple. Accordingly, I started walking right towards these mountains in hopes of finding an entrance.

After only 2 minutes of walking, I crossed Yamaderahoju Bridge, which was overlooking a dried-out riverbed. On the other side of this bridge, not only are there plenty of small local souvenir shops and restaurants, but also the Yamadera information centre, which is operated from 09:30 AM to 03:30 PM daily, except on Wednesdays.

After a few more minutes of walking, I faced a set of stairs, mysteriously leading into a shady, but beautiful forest. Although there were signs, I was unable to read them. With no alternative path, I followed the trail in front of me until I reached Sanmon Gate, the official entrance to Yamadera Temple.

Located at this basement area is Yamadera’s main hall, Konponchudo Hall, in which not only the temple’s oldest Buddhist statue can be found, but also a flame that has been burning ever since the foundation of Yamadera. Although a small entrance fee of 50 cents usually needs to be paid at this location, the gate was open but unguarded. I moved on and started my climb of over 1,000 steps towards Yamadera Temple.

Luckily, April isn’t really a hot month in Japan, so I benefitted from a nice cool breeze as I climbed up the stairs. The steepness was demanding but compensated by the beauty of the surrounding nature. Tall evergreen trees, comfortably resting on a smooth carpet of dark green grass. In between the breath-taking landscape, single headstones and stone sculptures were placed all along the hike, additionally adding to the trails’ amazing atmosphere.

About 30 minutes and 1,000 steps after starting at the Sanmon Gate, I reached the Niomon Gate, which marked the entrance to the upper area of Yamadera Temple. While setting my first foot into the temple area, I couldn’t believe my eyes. I caught myself thinking “this looks like I travelled back in time.” And that’s technically exactly what I did.

I found myself wandering around old, traditional, and ancient buildings that remained unaltered ever since they were built during the 17th century. I felt like an explorer. An adventurer left behind to rediscover history. The fact that I was pretty much alone at this point further contributed to my heroic feelings while making my way further up the upper temple area.

The views of Yamadera Temple

Especially from the point of a photographer, perspective matters. And “Oh boy,” what a perspective I got when turning around while walking through the central part of the temple area. Obviously, the old buildings were awesome. But what I liked even better was the view that revealed itself when looking back towards where I originally came from, the valley.

The higher I moved within the temple, the more I could see from the underlaying Yamadera town, which was peacefully seeking shelter in a sea of green trees. By far the most amazing view was looking at a small building, called Red Hall, perched on a rock cliff, overlooking the valley.

Once I returned to my hotel, I realized how lucky I got finding this place by accident. Still not well-known enough to be on the radar of fellow travellers, this place may remain an insider-tip for a little longer, but surely not forever. For those planning on discovering this place without masses of tourists, putting Yamadera on their bucket list is an immediate must.