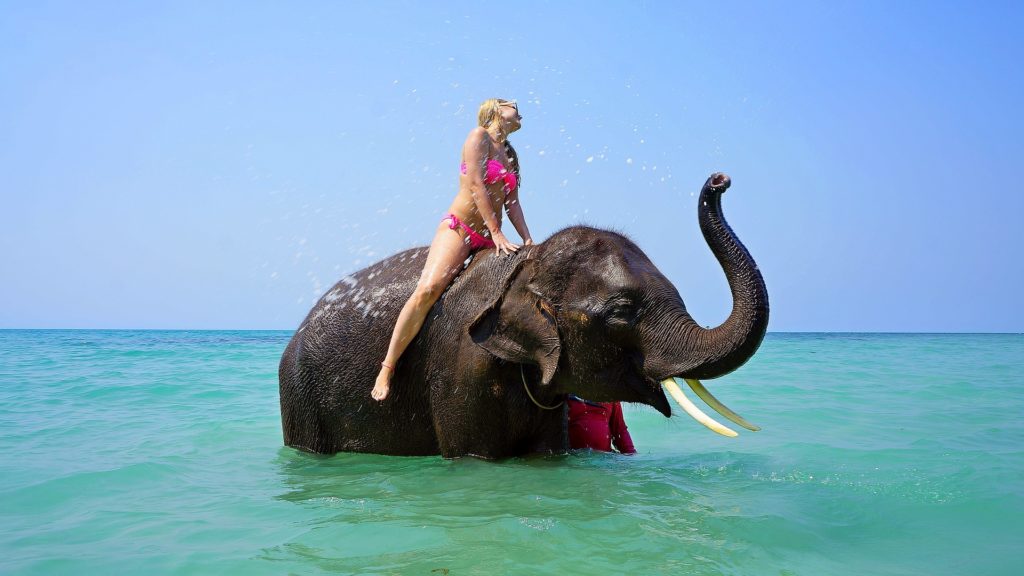 In 2018, Over 4 million tourists visited Indonesia’s most famous island, Bali, with similar numbers forecast for 2019. Amidst the poolside holidaying in Seminyak, or the reckless partying in Kuta, many tourists are continuing to drive income to one of Bali’s most corrupt industries— animal tourism.

As selfies with tigers, primates and other wild species front Instagram and Facebook feeds, tourists are now forced to question the morals and ethics of their encounters with captive animals.

“At one of the dolphin entertainment venues, dolphins have had their teeth filed down or removed entirely, to ensure that they are unable to inflict serious bites on swimmers,” the report said.

Animal Tourism in the Spotlight

For decades tourism organizations have exploited animals in the industry, feeding a desire for tourists to pose, ride, play or interact with animals in captivity and persuading tourists to pay for those experiences. Humans have become disconnected from the idea that these once wild creatures were stolen from their natural habitats to be bred in confined spaces for the sole purpose of our entertainment.

Mass awareness of the problem first began to spread in 2013, when the BAFTA-nominated documentary, Blackfish, made headlines with its account of Tilikum the Orca, captured off the coast of Iceland and brought to British Columbia’s aquarium, Sealand of the Pacific and then to SeaWorld in Orlando, Florida where he was trained to perform for crowds. Blackfish highlighted the cruel treatment of Orcas in captivity and the multi-billion dollar sea-park industry that relies on these animals for their profits. In 2016, SeaWorld announced plans to phase out the whale shows, which are expected to end in 2019.

Since then, there have been numerous headlines surrounding the mistreatment of animals in tourism. In 2016, a police raid on Thailand’s Tiger Temple uncovered 40 dead tiger cubs in the temple freezer, prompting an investigation into the illegal wildlife trade and inciting legal action against the venue and its owners.

In the same year, a Scottish tourist was trampled to death by an elephant during a trekking tour on the resort island of Koh Samui, in Thailand. This sparked media spotlight into the abhorrent treatment of elephants in the tourism industry.

With the majority of our lives sprawled all over social media and the constant need for attaining a “like,” many individuals are searching for a way to stand out from the crowd. This need fuels activities like animal selfies. But as we become addicted to our image on social media and disconnected from the bigger picture, we are responsible for the animal living a detrimental life in captivity.

However, many tourists are unaware that these animals endure such enormous trauma as a result of our participation in these attractions and participate naively in these activities simply because they have been enticed through advertisements and media.

“For the unsuspecting tourist, what is being done to make these animals submissive or keep them available for personal contact happens behind the scenes, and is invisible to the people that pay for this experience” the World Animal Protection report states.

While the report was conducted, World Animal Protection questioned companies, including Flight Centre and HelloWorld, both of whom had previously advertised wildlife entertainment venues on their websites. Flight Centre now include wildlife welfare as a key component of their corporate social responsibility and HelloWorld is in the process of reviewing its policies around ethical tourism.

A solution to this global problem is complex. While it might be nice to imagine all the animals released back into the wild, that is unlikely.

“It’s often not feasible to release wild animals raised in captivity back into the wild. The resources required to implement best possible captive solutions for those existing captive wild animals pose a huge challenge,” World Animal Protection said in a statement.

The onus lies on the tourists themselves and education surrounding the treatment of animals in tourism. If we take the focus away from our social media images and our narcissistic selfies then perhaps we can begin to see the absurdity of using wild animals for our own entertainment. If we refuse to partake in such egregious activities then perhaps they would cease to exist.

1 thought on “Animal Cruelty for Tourists’ Entertainment: An Industry in Need of Reform”