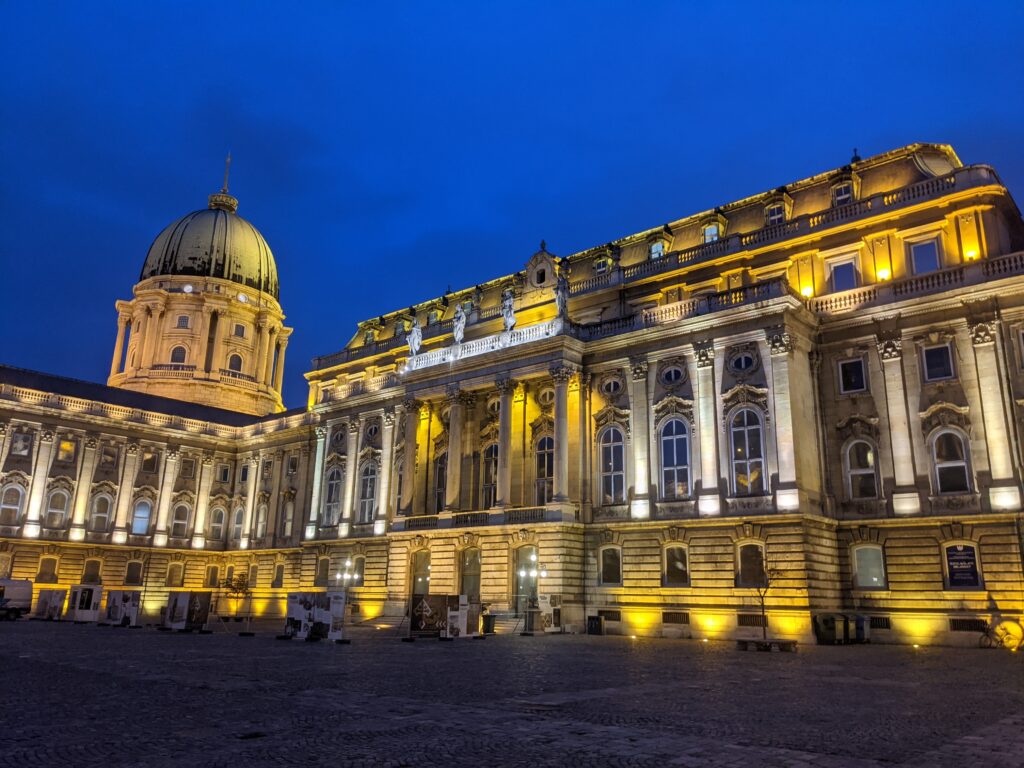 Budapest boasts a wonderful array of activities, from bustling nightlife, to delicious cheap eats, and adorable architecture. Savvy travelers should also be aware of it’s darker past and recent struggles against oppression. Monuments and works of art found throughout the city belay this region’s tragic history. No trip to Hungary is complete without making yourself aware of the past struggles and the recent direction the government is heading while also enjoying everything this wonderful city has to offer.

Hungary has unfortunately been on the losing side of many wars in the last few centuries. It has subsequently suffered decades of occupation and repression. The fact that democracy and self-rule have only existed here for a single generation makes Budapest all the more fascinating. The liveliness, the nightlife, the spirit of the people and the artwork are all testament to human resiliency and enduring character. Watching freedoms of press and speech erode as Hungary searches for simple solutions to it’s complex problems raises alarms and creates deep concern for conscientiousness travelers. The government’s tendency to blame economic problems on minorities, surging calls for religious nationalism in face of immigration and consolidating public media into state run channels to avoid political criticism run counter to the long struggle for freedoms and liberties these monuments and works of art stand testament to.

In 1848 Revolution spread across Europe. Within this maelstrom of political ideologies and rapid change was a force fighting for freedom. Lajos Kossuth was an early advocate for Hungarian democracy who rose to become President of the nation. He promoted the Enlightenment ideals of individual liberty against the imperial Hapsburg Dynasty controlling Hungary. This memorial is to the revolution in 1848 that inspired many but sadly failed to achieve freedom from monarchy.

The pattern of outside powers occupying Hungary would continue as the Hapsburgs would retain control until WWI. Many of the monuments across Budapest are to commemorate the bravery and idealism of their people who struggled for the right to govern themselves. Even though this revolution did not succeed Kossuth is remembered across the world as a freedom fighter and the “Father of Hungarian Democracy”.

Shoes on the Danube Bank

One of the most strikingly effective pieces of art I’ve ever seen is Shoes on the Danube Bank. It is a haunting reminder of the human suffering of war. These iron shoes are placed at the edge of the Danube River to mark the spot where Jewish families were shot, their bodies washed away below.

This atrocity was not committed by the Nazis but by Hungary’s own fascist Arrow Cross Party. This is a stark reminder of the need to remember our past and learn from the mistakes of demonizing any one group of people. Be respectful here and watch the Danube flow by, never repeating itself but often seeking the same routes, much like the course of history.

House of Terror in Budapest

The strongest introduction to the decades of foreign dominance is the House of Terror (Terror Haza). Despite it’s escape-room like name this immersive exhibit will leave you overwhelmed and in a somber mood. This multi-story museum is dedicated to illuminating dark chapters of Hungarian history by shedding light on the countless thousands missing and murdered under the brutal Nazi and Soviet regimes.

Hungary was occupied by the Nazis in WWII, and then conquered by the Soviet Union as the war ended. After a failed revolution in 1956 against the USSR, Hungary was invaded and its citizens conscripted into forced labor. Budapest, the center of this push for democracy, was torn asunder. For years under the Nazis and decades under the Soviets, Hungary was treated as a colony with the devastating human consequences this vampiric relationship entails. This horror only ended with the fall of the USSR and democratic uprising in 1989.

The House of Terror along with another monument, the Memorial for Victims of the German Occupation honors those killed during WWII but neither mention Hungary perpetrated its own holocaust before Nazi rule. We need to be aware of reality, Hungary is not absolved of blame even if Hungarians are the victims.

“Meet the new boss, same as the old boss.” Never has this been more tragic than in the changing of governments in Budapest after World War II. Although diametrically opposed on paper, the authoritarian rule of the Nazis and Soviets played itself out much the same. No freedom of press, no dissent, no criticism of the state. Everything was for the greater good of another nation.

One of the most controversial monuments in post-Soviet Budapest is the Monument to Soviet Liberators in Freedom Square. This towering piece commemorates the Soviet soldiers who conquered Budapest in WWII. Although the statue claims to stand for liberation, Hungarians experienced the Red Army as a destructive and parasitic force that traumatized entire generations. There are calls for the monument to be moved to a less prominent location or torn down altogether. It is a sharp warning of the dangers a turn towards authoritarianism can birth as well as the power of public monuments in shaping discourse and memory.

The harshness of the metal structures and the unity of the 56 degree angle at which the two sides come together is a striking combination of the dull lifelessness of Soviet Communism and the steel resolve of the Hungarian people to resist. Although the Revolution was unsuccessful it laid seeds for the blossoming of freedom generations later. Inspired by the rhetoric of Imre Nagy, Hungarian students took to the streets and demanded reform. Instead of open dialogue, the students were met with violence and repression. These were ideals fighting against an empire, and although they lost the war the passionate flame for freedom stayed lit in the heart of Hungary.

Nagy called for democratic elections and freedom from Soviet rule and was subsequently sentenced to death for his words. He stands as a national symbol of resistance to oppression, a poignant hope for Hungary to one day chart its own destiny. His public reburial and acknowledgment of his sacrifice in nearby Hero’s Square filled the nation with genuine hope and led to regime change. It was hard not to feel inspired by the past but we must also remember to guard democracy and not let the passions of Nationalism and one-party rule re-emerge.

Budapest’s famous Ruin Bars spring from the destruction of the World Wars. Creative spaces and artistic movements can revitalize and rejuvenate ravished neighborhoods. Budapest is not only about having a good time at these bars but also awareness of the reason why they exist. Hungary was ravished after WWII and many of its people were killed or exterminated. Communism was horrible to this region. The growth and re-birth of Budapest as a tourist hot spot has only been recently possible.

The rapid recovery of this region is inspiring but the dangers of returning to an authoritarian style government are ever-present. Knowing the reality of the bad times makes celebrating in the moment all the more pleasurable. Artwork and monuments like these convey a deeper connection to the people you are visiting. There are odes to anti-authoritarianism found throughout the streets. Any trip to Budapest is enhanced by understanding the meaning and significance of their timeless messages. 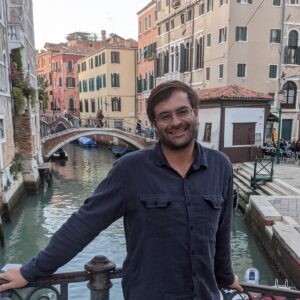 Austin Clinkenbeard has been traveling the world with his wife for the past several years exploring food, history and culture along the way. He is a passionate advocate for stronger social science education and informed global travel. Austin holds degrees in Anthropology and Political Science from San Diego State and recently spent three months traveling across Europe. When he’s home there’s a good chance you can catch him cooking allergy friendly food that not only tastes great but makes you feel amazing. You can follow along Austin’s travel adventures and food allergy journey on his personal website www.NowWeExplore.com.

6 thoughts on “Budapest – Odes to Anti-Authoritarianism”