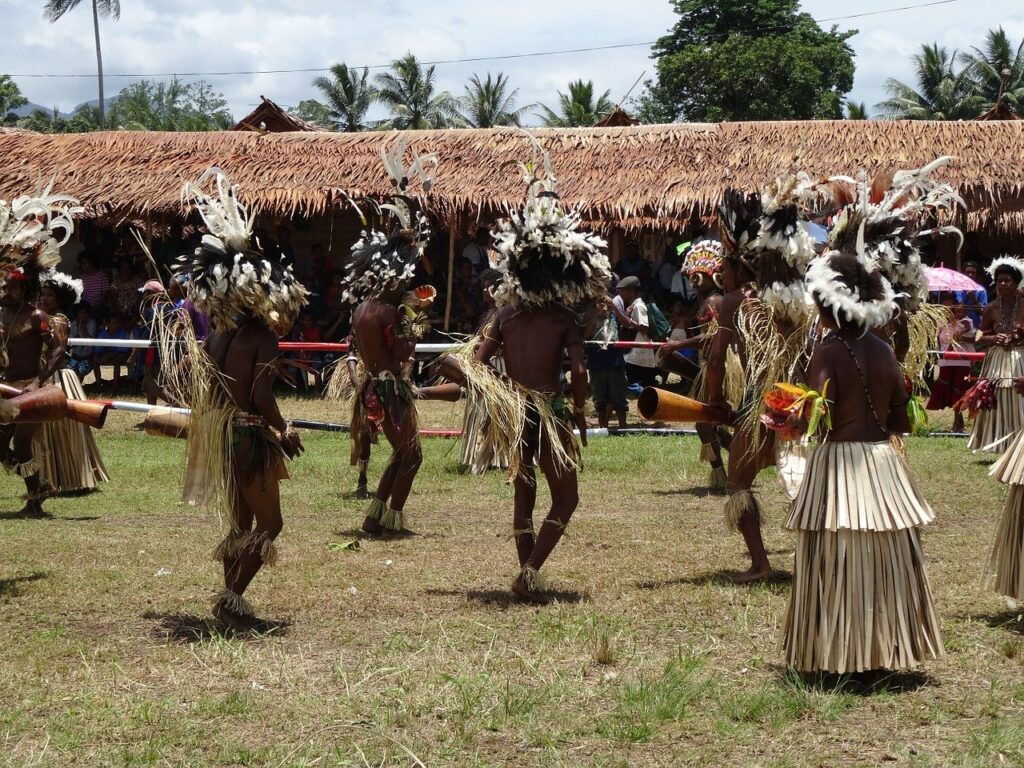 There is no doubt that travel is a transformative experience. It introduces us to new places, people, customs, and cuisines. We broaden the way we perceive the world when we begin to understand the nuances of a new language. The opportunities for personal growth while exploring the world are endless.

The first time I ventured beyond contiguous North America, I came home telling everyone who would listen that every middle-class American, especially my generation of Millennials, should visit a developing nation (formerly referred to as “third-world countries”) to gain some perspective.

It is a profound experience to realize that your own “normal” is nearly unobtainable in some places. It’s especially jarring to those who are keen to complain that their job, house, car, or other belongings aren’t new enough or good enough.

Learning to Love a Land I Knew Nothing About

I hate to admit it, but when we booked our trip, I didn’t even know where to find Papua New Guinea on the map. Our travel companions had selected the destination. But in the months leading up to our departure, I began to fall in love with a place that was extremely difficult to find accurate information on.

I saw the U.S. Embassy’s warnings not to venture into the western side of the country. It was a no-go zone for Americans due to internal conflict. We were also instructed not to walk the streets alone, not to go out at night, and not to use public transportation because the rates of violent crime were high.

Much of my newfound knowledge of the large tropical island, located north of Australia, came from a 1993 PBS Nature documentary. From it, I learned of the history of colonialism in PNG—another familiar tale of subjugation to European powers.

But I learned much more. Papua New Guinea is the most linguistically diverse region on the planet. More than 800 languages are still in use in New Guinea. Tok Pisin, a pidgin or creole language that combines indigenous words, English, Portuguese, and Dutch, is the lingua franca or common language of commerce. Many people in PNG speak Tok Pisin and at least one other language.

Tok Pisin fascinated me. I began to study the language, learning a few words each week, in hopes of being able to make small-talk on my trip.

The terminologies that made up the language were so logical. For example, if I wanted to ask how old you are, I would say hamas krismas yu gat? That’s literally, “How much Christmas you got?”

As I studied, though, I noticed biased comments in the threads below Tok Pisin YouTube videos or blog posts. Comments like “they’re all a bunch of cannibals.”

Being born and raised in the West, cannibalism had, for me, always been relegated to the realm of Bugs Bunny cartoons, with disproportionately drawn “cannibals” dangling other characters above fires or placing them in boiling vats. It seemed almost fictional, like a literary device.

Of course, I knew that cannibalism had once been a part of life in PNG.

The previously mentioned documentary stated of one tribe that “their religious life once involved headhunting and cannibalism, which they practiced until just a few decades ago.” According to an article from NPR, women in some Highlands tribes consumed the flesh of dead loved ones as an alternative to giving the bodies over to worms and maggots. And this Smithsonian article describes a remote tribe that kills and eats men thought to be witches – a “system of justice” that has continued into recent times. Some people living today know that their grandparents or great-grandparents engaged in cannibalism.

A two and a half hour flight took my husband and me from Brisbane, Australia to Port Moresby, PNG. The city was vibrant. On the waterfront, houses stood on stilts. Colorful markets lined the roadsides, selling handmade baskets and ubiquitous carry-all bags called billum. Women swept the streets in preparation for the upcoming Asia-Pacific Economic Cooperation (APEC) meetings.

During the eight days I spent in PNG, the highlight was a cultural exhibition of costume and dance. The dancers had come from all over the island—the Highlands, the coast, and everywhere in between. They were brightly apparelled in headdresses, grass skirts, face paint, and occasionally the feathers of rare birds of paradise.

Before the exhibition began, we were invited to sample indigenous cuisines, such as meats cooked underground and sago palm steamed in banana leaves. That’s when it happened.

Two men were seated on the bleachers beside us. They wore brightly colored shirts and laplaps, skirt-like garments. We’d been conversing with them, they in broken English and I in broken Tok Pisin. When the dinner announcement was made, one of the men motioned for our attention. He said slowly and earnestly, “We do not eat people. We have plenty of food in my village.”

All I could do was nod in understanding. My eyes clouded with tears. I had learned from another local resident that many people from PNG are concerned with the way the media portrays them—as cannibals.

When we returned home, I couldn’t stop talking about the tropical orchids, rare wildlife, and enigmatic dances depicting ships on the sea and cranes in flight. But one acquaintance reacted in a puzzling way. He immediately disgorged a litany of cannibal jokes.

“Why don’t cannibals eat clowns? Because they taste funny!”

“What does a cannibal call a wheelchair user? Meals on wheels!”

“What happens if a cannibal eats a missionary? He gets a taste for religion!”

I think I’d read some of those jokes on popsicle sticks as a kid. The man must have had a dozen of them, and as he told them, his face was a picture of glee.

All I could see was the earnest eyes of the man in PNG who wanted me to know that there was plenty of food in his village. That he and his family were not cannibals.

At that moment, my eyes were opened to an insidious truth about prejudice. Like the cannibals in the cartoons, the object of the prejudice is made to seem less than human. We can absorb and perpetuate those prejudiced ideas without even realizing it.

But there is an antidote. When we make real connections with people, those biases become apparent. Once I saw the stereotype for what it was, it became something abhorrent that I could weed from my thinking. How could I ever again laugh at a childish cannibal joke—something that would hurt my new acquaintances from afar?