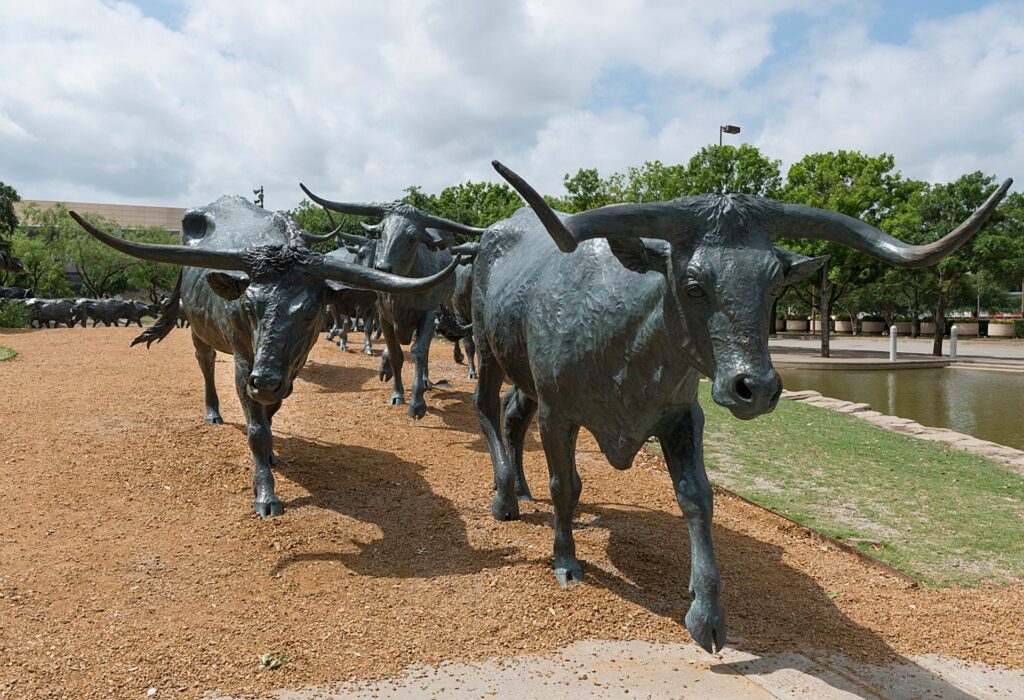 The city of Dallas, Texas once had a population of 678 people. Now, it is one of the most populous cities in the state of Texas with more than one million residents. The thriving metropolis is home to a diverse ethnic population and operates as a business center for many companies. It is also infused with historical remnants, landmarks, and attractions that appeal to tourists from around the world.

The Diverse History and Economy of Dallas

The current city of Dallas, Texas was once called the Peters Colony and inhabited by a variety of Native American tribes, including the Cherokee, Chickasaw, Tawakoni, Delaware, and Waco tribes. In fact, this is what captured John Neely Bryan’s attention in 1841, when the lawyer and trader from Tennessee settled on the bank of the Trinity River with the intention of starting a lucrative trading post. Though his endeavors were unsuccessful and many of the tribes were removed from the land, the area began to grow.

The Dallas economy burgeoned with the advent of the railroads during the 1870s. Retail stores, cotton, leather, and grain helped fuel the city’s early economy. Insurance and oil also helped stimulate the economy, which continued to bloom during and after World War II.

Today, its international airport is one of the most frequented and serves as a large transportation hub. The current Dallas economy is stimulated by many industrial sectors and services, including financial and banking services, information technology, telecommunications, transportation, manufacturing, wholesale trade, and more. In addition, tourists from near and far gather to see some of the historical sites, natural attractions, and artistic wonders located in the metropolis.

On November 22, 1963, President John F. Kennedy was assassinated in Dallas, Texas while his motorcade proceeded through Dealey Plaza. This event brought international attention to the city of Dallas, and The Sixth Floor Museum at Dealey Plaza was eventually named a National Historic Landmark. It is one of Texas’ most visited sites today.

The Sixth Floor Museum at Dealey Plaza works to convey the social and political landscape of the 1960s to all who visit, as well as commemorate the loss of a United States President. It is a carefully preserved space that is filled with various exhibits, including historic films, photos, and memorabilia, such as the original teletype machine used to spread the news of President Kennedy’s assassination.

The Dallas Arboretum and Botanical Gardens is comprised of 66 rolling acres and features a plethora of signature gardens. For example, Nancy Rutchik Red Maple Rill is a two-acre garden that boasts 80 beautiful varieties of Japanese Maples alongside a stream. In the center of the garden, a colossal weeping Japanese Maple almost a century old commands attention. In addition, the Rose Mary Haggar Rose Garden features more than 200 Hybrid Tea Roses of 16 varieties and is particularly showcased during two popular festivals hosted at the venue, Dallas Blooms and Autumn at the Arboretum.

Other gardens include, but are not limited to, Rory Meyers Children’s Adventure Garden, Margaret Elizabeth Jonsson Color Garden, McCasland Sunken Garden, and The Chandler Lindsley Shadow Garden. Photographers often use some of these luscious gardens as backdrops. This is especially true of Crape Myrtle Allee, which displays a stone walkway covered by sweeping crape myrtle trees, creating a breath-taking tunnel that takes visitors to a toad fountain feature dubbed “Toad Corners.”

Perot Museum of Nature and Science

The Perot Museum of Nature and Science in Dallas, Texas has 11 permanent exhibit halls that are ripe with natural wonders. The T. Boone Pickens Life Then and Now Hall contains enormous dinosaurs, incredibly rare fossils, and a Paleo Lab where visitors have a chance to examine current dinosaur research conducted by paleontologists and preparators as they process new fossils.

On top of the Paleo Lab is the only full-body reconstruction of Nanuqsaurus hoglundi to date, which was discovered by Dr. Anthony Fiorillo while he was in the lab. The T. Boone Pickens Life Then and Now Hall takes a close look at the prehistoric past before examining the bodies and behaviors of modern animals.

Another hall, the Being Human Hall, takes a direct look at what it means to be human. It features interactive displays, experiments, and engaging content that explores the human body, including the unique traits that make each of us different. A few of the other halls of the Perot Museum of Nature and Science include Rose Hall of Birds, Expanding Universe Hall, Discovering Life Hall, and Lyda Hill Gems and Minerals Hall.

The Crow Museum of Asian Art features the extraordinary artwork and cultures of Japan, China, India, and Southeast Asia. One exhibition, titled “Immortal Landscapes: Jade from the Collection,” celebrates the transcendental importance of mountains in Chinese art and culture. It centers on carved jade resembling mountains and other natural landscapes that represent the interconnectedness of all living things.

Another exhibition, titled “The Art of Lacquer,” displays the unique and delicate process of using hardened tree sap to create lacquer objects. The lacquer is collected from lacquer trees in East and Southeast Asia, and the objects it creates are water-resistant, relatively light, and long-lasting. In fact, they may endure for centuries and have been found in tombs from thousands of years ago. The lacquerware items in this exhibition display various symbols, historical figures, floral motifs, and scholars.

Some of the museum’s other incredible exhibits include “Carolyn Brown and Palmyra: An Ancient City Through the Lens,” “Born of Fire: Contemporary Japanese Women Ceramic Artists,” “Vishnu: Across Time and Space,” and “Ho Tzu Nyen: The Critical Dictionary of Southeast Asia.”

The city of Dallas, Texas is filled with many historical, natural, and artistic attractions. Its international airport is a major transportation hub, and the populous Texas city thrives in many industrial sectors. Once founded as a small trading post with a population of 678, the modern metropolis celebrates cultural diversity, connecting individuals of different backgrounds from all over the world.