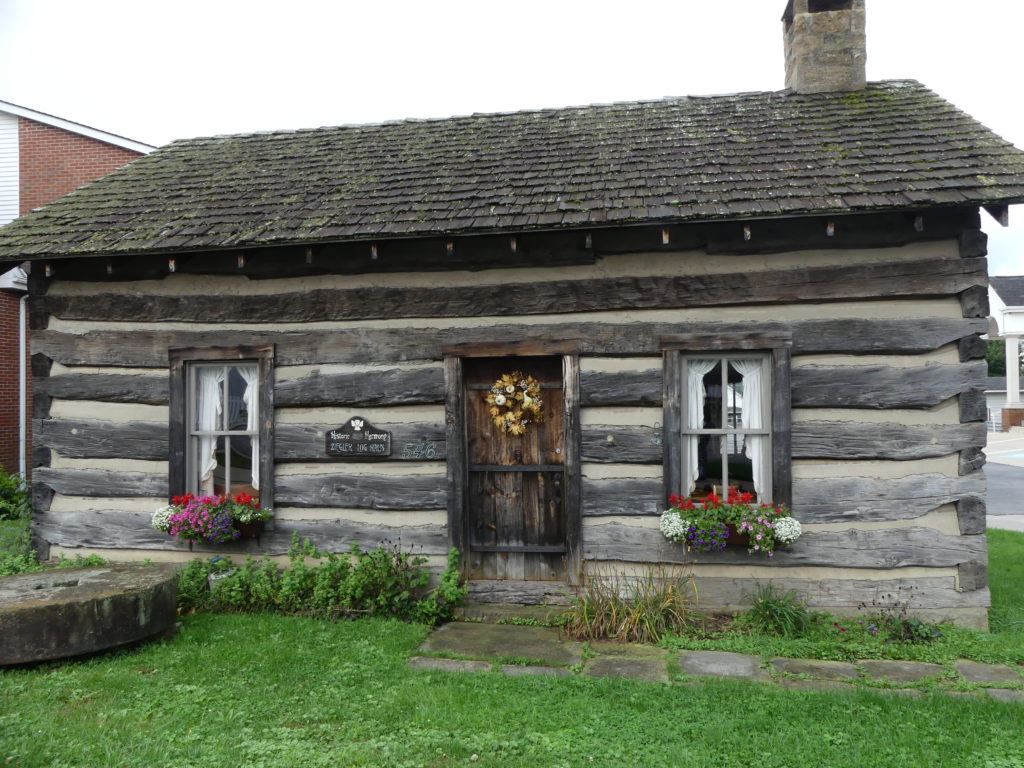 A half hour’s drive north of Pittsburgh, the tiny Western Pennsylvania town of Harmony, with a population of fewer than 1,000 people, has an unusual history that makes for a fascinating visit.

Harmony, which is a National Historic Landmark District, was founded in 1804 as a religious commune by George Rapp, a German Lutheran Separatist, who combined the philosophy and writing of the early Christians and Karl Marx. Rapp taught that the “end time” was near and advocated celibacy and a communal form of living. Each settler gave his earnings to Father Rapp who parceled it out according to each person’s needs.

The Harmonists created and lived in Harmony until 1814, when they sold the town, whose land was communally owned, to a Mennonite group headed by Abraham Ziegler. The Harmonists moved first to Indiana Territory, where they built a new town, also called Harmony (now New Harmony, Indiana). Several years later, in 1824, they moved back to Pennsylvania, and founded yet another town, before the society dissolved in 1906. The heritage of both groups still exists in Harmony.

Historic Harmony, a nonprofit historical society and preservation group, owns eight properties that preserve the town’s history, but the Harmony Museum is the place to start your tour. It has a large display of the tools the Harmonists needed to turn the virgin forest into a town, an exhibit that is a recreation of Rapp’s bedroom, as well as information about the Harmonists beliefs and religious practices. The museum also provides information on the Mennonite settlers. For example, there is a family tree of Ziegler descendants that starts with Abraham Ziegler and his 13 children. The Mennonites did not practice celibacy.

Another key site is the 1819 one-room Ziegler Cabin, which showcases the Mennonite lifestyle. The small cabin is well preserved with a huge stone fireplace to handle Western Pennsylvanian winters and a barrel-shaped wood heater that vented through the fireplace chimney.

The cabin contains all the necessities of life for a Mennonite in the early 1800s. The furnishings are simple but beautiful. There’s a low-poster double bed with a wooden cradle at its foot. There are two spinning wheels. A wooden cabinet stores dishes and utensils and baskets for storage hang from the ceiling. The unusual doorknocker is of particular interest. It is a woman with closed eyes wearing a bonnet. When you raise the handle to knock, her eyes open.

The other properties worth a visit are the Harmonists Cemetery and the Mennonite Meeting House and Cemetery. The two groups’ history overlapped. The Harmonists did not believe in tombstones but the Mennonites did. There are about 100 people buried in the Harmonist Cemetery but only one marker, which was placed there by the Mennonites. It commemorates Johannes Rapp, George Rapp’s son, who died July 27, 1812. The Mennonites also built a wall around the Harmonists cemetery and installed a stone gate weighing more than a ton that can be opened with one hand.

The Mennonite Meeting House remains much as it was when originally built in 1825. It is believed to be the oldest meetinghouse west of the Alleghenies. Men would have entered from the front door and women the one on the side. The Mennonite Cemetery is located behind their simple meeting hall. The earliest burials date back to 1815. Many of them bear the name “Ziegler.”

German Traditions in the Current Day

In Harmony, and Butler County, where it sits, you can find authentic German food often in buildings that date back to the Harmonists or Mennonite period. The Harmony Inn, right on the square, was built as the home of Austin Pierce, a railroad president and businessman, in 1856. When he fell upon hard times, he sold to a Ziegler relative who operated it as a rooming house. Over the years, it passed through many hands. At one time the attic was used to quarantine children who had scarlet fever. Some of the children died there.

Today Bob and Jodi McCafferty own it. They also carry on a German brewing tradition at North Country Brewing Company. The Harmony Inn is now a tavern and restaurant where you can get traditional German dishes like spaetzle, strudel, and authentic German pretzels.

Wunderbar Coffee and Crepes and the Two Fraus Bakery, also both in Harmony, serve German-themed refreshments. Chef Seth in Wonderbar makes the crepes right in front of you.

Next door, the two fraus are Joanie Sine and Kirsten Peffer who have been friends since childhood. They left their medical careers to follow their dream. Their slogan, “Brot ist Lieb!” is German for, “Bread is love.” Their German-style bakery reflects this with all natural products. Both are housed in a 1800s opera house.

The Log Cabin Inn on the outskirts of Harmony is built around a historic log cabin dating back to the early 1800’s. The restaurant expanded beyond the cabin but the furnishings take you back to colonial times. Most of the menu choices are Americanized but you will find a few German touches like pretzels served with cheese.

Strolling around the square in Harmony is a voyage in time; it’s filled with buildings, several of them made of logs, dating back to the early 1800s. Many have plaques designating their early uses.