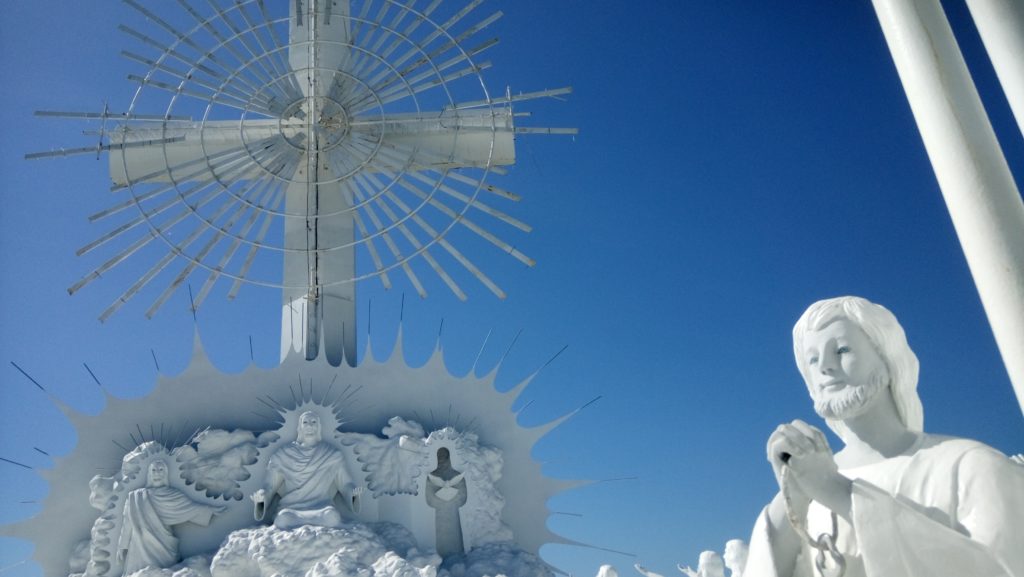 Last year, World Footprints published stories about people and places all over the world. Our writers told stories that helped our readers make deeper connections to a community, understand more about a foreign place while traveling more mindfully. World Footprints aims to build community, share our common humanity and foster a “cross-culturalist” mindset as well as create a sustainable consciousness for our planet’s natural resources and heritage treasures.

We published many engaging stories, but several really shone. In selecting the top stories, we evaluated the unusualness of the story subject or location and the writer’s effectiveness in making us see someplace in an unfamiliar or unexpected light. To that aim, here are twelve outstanding articles we published in 2018:

Queen of Mantas – One Woman’s Fight For a Threatened Species

Melissa Hobson wrote about manta rays in Mozambique and a remarkable woman who has fought to shine a life on their threatened status. Andrea Marshall, nicknamed Queen of the Mantas, co-founded in 2009 the marine conservation organization, the Marine Megafauna Foundation.

Jessica Barrett focused on Nairobi-based nonprofit HAART Kenya’s work on Human Trafficking in Kenya, where an estimated 41.3 percent of children between the ages of 10 and 14 are exploited for forced labor. Matilde Simas contributed gorgeous photos to accompany the story.

Palm oil has been making headlines recently for its catastrophic effect on the environment. Ann-Marie Cahill’s story showed how locals in Borneo are striving to develop sustainable tourism as an alternative to Palm oil plantations in Malaysia. Cahill writes of her natural wildlife safari on the Kinabatangan River.

Climbing A Stairway to Heaven in The Philippines

Religious tourism is a category sometimes overlooked, but Philippina writer Len Cristobal tells about her visit to “Stairway to Heaven” a giant, outdoor stairway leading to an enormous replica of heaven, or how heaven looks according to traditional beliefs. Located on a 14-hectare resort in San Joaquin, Iloilo, Garin Farm combines nature and leisure activities for tourists including horseback riding, zip-lining, and boating.

In a second article from Melissa Hobson, World Footprints readers learned about Madagascar’s Nosy Be, which was recently identified as a hotspot for whale sharks. Hobson spotlights another impressive woman working in ocean conservation, Stella Diamant, Founder of the Madagascar Whale Shark Project.

Jewish History Behind the Communist Blocks of Bucharest

Romanian tour guide Diana Condrea reveals how to find the remaining traces of Jewish History in Bucharest, including the few remaining synagogues, cemeteries, a theater and museums. She traces the history of the city’s thriving Jewish Community, through its decimation during World War II and the acceleration of the destruction of important sites in the Soviet era.

The Virginia Holocaust Museum in Richmond

Frequent World Footprints contributor Kathleen Walls writes about a unique museum in Richmond, Virginia that draws on the local community to tell the story of the Holocaust. One exhibit is about a German psychologist who trained Jewish youths as farmers and sent them to his cousin’s Virginia farm.

A Journey into Outer Space from Within: A Visit to the Integratron

Josh Fredman traveled to a unique Californian destination that claims to have healing powers and wrote about its remarkable history. The Integratron, near Joshua Tree, was built in the middle of the last century by a UFO buff who believed it’s unique power would allow people to time travel. Currently open for “sound baths,” the Integratron continues to draw people looking for healing to its remote desert setting.

New York City’s Dead: A Guide To Cemeteries In The Five Boroughs

New York City is one of the world’s most known tourist destinations, but Hannah Frishberg wrote that visitors should consider exploring the world six-feet under the city. She suggested a tour of the city’s cemeteries and highlighted a number to choose from, including those with famous inhabitants and those that host special events.

The Rise and Fall of Goldsboro, Florida: An African American Town

Delving into nearly forgotten history, Kathleen Walls spotlights the African American town of Goldsboro, Florida, which was forcibly annexed by a neighboring town. The second black incorporated city in the United States, it boasted famous residents, like the writer Zora Neal Hurston.

A Burundian Lesson in Hospitality

American Breana Johnson takes a personal approach, writing about visiting her husband’s family in Burundi and the welcome she experienced in a local home. She marveled at the generosity of the family that extended a warm hospitality and offered her a feast of ground cassava root, a savory goat dish, boiled greens and rice.