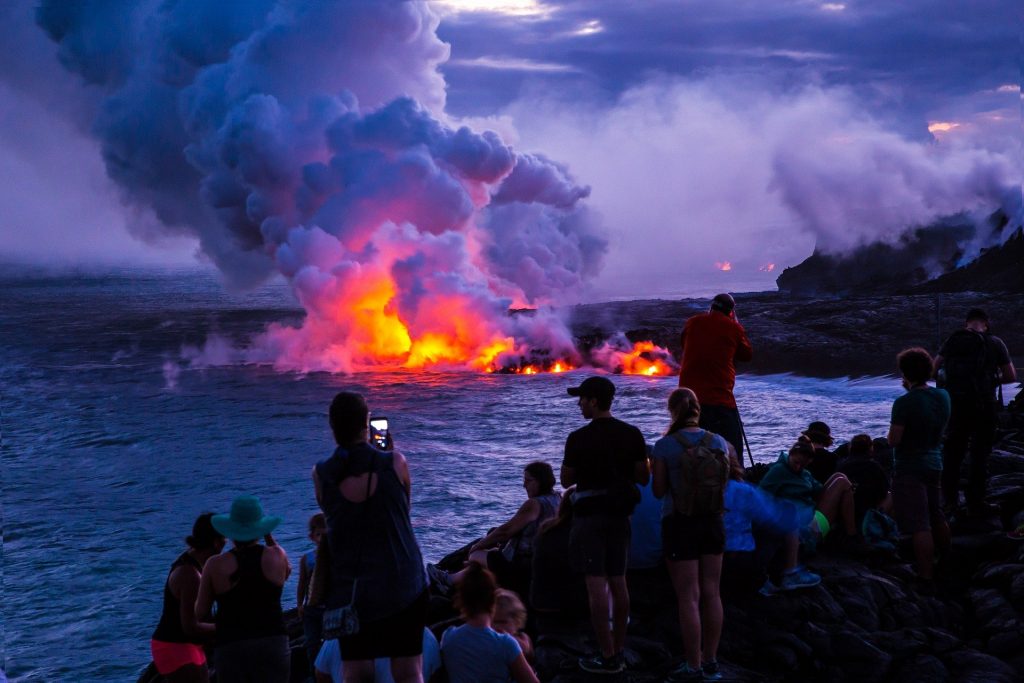 Lush rainforest and land transformed for millions of years by volcanic activity, all spread across 520 square miles of protected space. Welcome to Hawaii’s Volcanoes National Park!

Visitors flock to Hawaii’s Big Island and this jewel of the United States’ national parks system thanks to the natural wonders it holds. However, it is important to understand the history of the region, its peoples, and how to visit the land respectfully and responsibly.

Let’s take a look at how Volcanoes National Park came to be and how you can make the most of your visit to Hawaii’s Big Island.

How Volcanoes National Park Came to Be: A Short History of Hawai’i

The history of the state did not start with the arrival of Europeans; that happened very recently, historically speaking. The islands that make up Hawai’i were settled by voyagers from the Marquesas Islands nearly a millennium ago. These Polynesian seafarers traveled across the Pacific in search of a new home and arrived on the shores of Hawai’i 2,400 miles later.

Over the years, more settlers came from the Society Islands and, together, built a society that lasted for hundreds of years until the arrival of Captain James Cook in the late 18th century. The culture and society in Hawai’i was markedly different from that of the Polynesian islands from which the settlers arrived; it was now the Kingdom of Hawai’i, ruled by Kalani’opu’u. Until Captain Cook’s arrival, Hawai’i was generally isolated from what we call the “western world.”

Recorded history tells us that what happened in the next two hundred years or so happened quickly. Captain Cook was killed after attempting to kidnap the Hawai’ian king for ransom following a dispute. In the next hundred years, Hawai’i’s monarchs grew closer to the United States and its many industries. A push for a constitution and reciprocity treaty which favored the United States resulted in the eventual annexation of the territory, which became the 50th state in the Union in the mid-20th century. Hawai’i Volcanoes National Park was established two years later, in 1961.

Telling the story of Hawai’i and its major island is a small way of contributing to the tradition of mo’olelo. This important cultural tradition is the telling of stories and myths. When visiting Volcanoes National Park, remember the story of Pelehonuamea, the Hawaiian Goddess who created the chain of islands that make up Hawai’i.

Pele’s story is one of duality: destruction and creation. Much like the Polynesians who settled these islands, she arrived from Kahiki while in search of a new home. The volcanic landscape was formed in the shape of her path. The sacred land of the Big Island is where she resides, in the Halema’uma’u Crater on Kilauea in Volcanoes National Park.

As is tradition, remember to be respectful of Pele and ask for her permission to cross her land. Keep in mind that the resorts and natural parks you visit on your vacation are on sacred land.

What to Do in Hawai’i Volcanoes National Park

The national park is open twenty-four hours a day — perfect for campers and stargazers! The entrance to the park can be reached via the Hawaii Belt Road, which circles the Big Island, and the fee to enter is $30 per non-commercial vehicle.

You’re likely coming to Volcanoes National Park to see, well, volcanoes. There are two active volcanoes within its boundary: Kilauea and Mauna Loa. Start your visit at the Kilauea Visitor Center, open 9 am to 5 pm all year round, for important information on daily park conditions and hiking trails before you venture too far.

Drivers will enjoy the scenic route known as Crater Rim Drive, which takes visitors on a 10-mile journey around the Kilaeua Caldera. From this road, you can visit the area’s steam vents, Nahuku lava tube, and the Kilauea Overlook.

Mauna Loa hasn’t erupted since 1984, which means it is overdue for some rumbling. The volcano stands at an impressive 13,678 feet above sea level. You can follow one of two trailheads to its summit and both take a lot of effort. The climb can be grueling; you will hike over uneven hardened lava over the course of two days in most cases.

If you decide to make the journey and want to camp along the way, check with a Park Ranger or visitor center staff to determine whether or not you will need a permit. Along the way to the summit, you will come across the Mauna Loa Cabin, which is available to hikers on demand.

Kilauea is a much more accessible volcano to see. The more active of the two, Kilauea erupted in 2018 and covered the surrounding area in lava. The eruption caused its caldera to collapse and increased the size of the Halema’uma’u Crater.

Two trails run through dense rainforest and lead to the crater from Crater Rim Trailhead. The Kilauea Caldera can be reached in a 1.6-mile loop while the Byron Ledge will take 2.6 miles to reach.

If you manage to reach the summit of Kilauea, be sure to look for the Sulphur Banks. You might smell them before you see them, so follow your nose! Also known as Wahinekapu, the rotten egg smelling volcanic gas appears in the form of steam from the soil.

Some easily accessible evidence of the Big Island’s inhabitants can be found at the Pu’u Loa Petroglyph Field. These petroglyphs are the largest collection that has been discovered in Polynesia, though most only date back to the 16th century.

Keep in mind that Volcanoes National Park is more than just the two active volcanoes; there is also an entire shoreline to explore. Take a short drive to the Holei Sea Arch, a rock formation that has been pounded by waves for hundreds of years off Hawai’i’s coast. While a trip to Volcanoes National Park won’t include a stay on the beach, the area is chock-full of volcanic landscapes, rainforests, and all manner of wildlife.

Your visit to Hawai’i Volcanoes National Park will undoubtedly be a memorable one. There is no place like it in the entire United States and, quite possibly, the world. Remember to follow some basic rules when visiting such as keeping aware of park conditions, leaving no trace, and respecting the sacred land on which you are a guest. 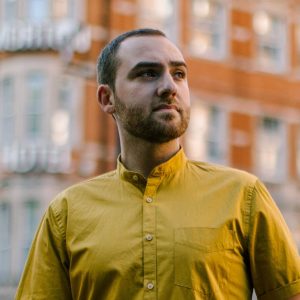 Michael Fil is a traveler, writer, and photographer. He likes to ask a lot of questions and learn everything there is to know about other people’s journeys around the world. He hosts a Spotify podcast featuring immigrant stories called All My Friends Are Immigrants and currently lives in New York City.