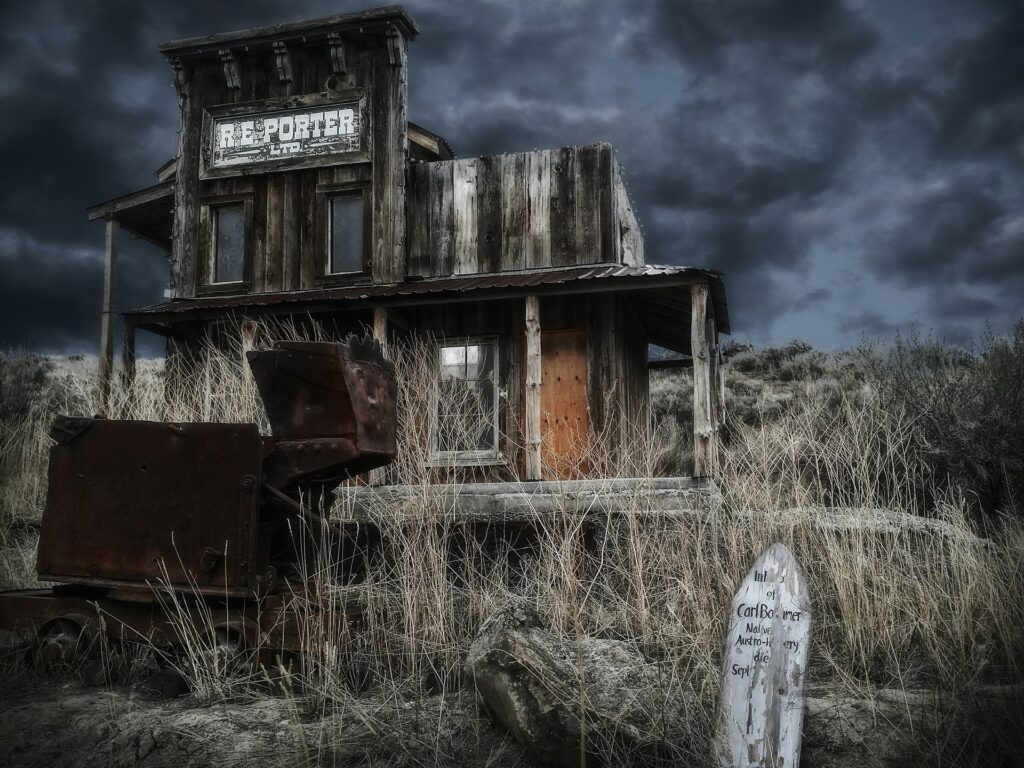 The Lone Star State contains some unique Halloween traditions. Filled with ghost towns, haunted hotels, and spooky lore, Texas has summoned attention for its intense connection to the paranormal. Tourists and natives alike can enjoy visiting desolate ghost towns, hotels with a paranormal past, or swapping eerie stories to enhance their Halloween experience.

While some individuals insist that everything is simply bigger in Texas, that is certainly true for its number of ghost towns. Texas currently boasts the most ghost towns in the country, coming in at 511 total sprinkled throughout the state. Many of these ghost towns feature faint hints of their historical past, including Terlingua, Medicine Mound, Indianola, and Lobo:

Terlingua remains one of the most well-known ghost towns in Texas. Its name originally reflected the three languages of the town: Spanish, Indian, and English. Situated near Big Bend National Park, the small town of Terlingua is kept alive by a few companies who wish to preserve its history. Once a thriving mining town, Terlingua’s demise occurred after the end of World War II when mineral prices plummeted.

At its height, Medicine Mound recorded a population of approximately 500 residents. The land was named for its varying levels of elevation and was revered by the Comanche tribe. Medicine Mound saw its beginnings as a small village but was soon swept away by two devastating events, the Great Depression and a horrendous fire in 1933. Only a few buildings and mounds thought to have healing powers survived the fire.

A beach town close by the Gulf of Mexico, Indianola was originally called Indian Point. Though European immigrants attempted to settle the area, their efforts were soon squandered by poverty, adverse weather conditions, and the spread of disease. Because of its location, Indianola is a prime target for hurricanes and has been hit time and time again. In 1963 it became a Recorded Texas Historic Landmark. Besides a monument dedicated to a French explorer named La Salle, Indianola’s main attraction is now Zimmerman Cemetery.

Long-abandoned, Lobo sits along Highway 90 with a total of 15 residents. The town of Lobo received its unique name from the Mexican wolves that once inhabited it and now is an austere reminder of what was. In the 1800s, Lobo was known for being a reliable water source. However, as the cost of agricultural endeavors increased, Lobo began to rapidly deteriorate. Now, it is an arid region that has been purchased as private property.

Texas is ripe with haunted locations, including some notorious hotels where guests have insisted on their stark encounters with the paranormal. Several of these hotels have garnered special attention by news media outlets, including the Hotel Galvez and Spa, Driskill Hotel, The Historic Jefferson Hotel, and the Baker Hotel:

Located in Galveston, Texas, Hotel Galvez and Spa portrays an initial impression of normalcy. However, many of its guests, particularly those who stay in Rooms 501 and 505, rarely make it through the night. Riddled by a series of unfortunate deaths, the century-old hotel contends with many restless spirits.

Situated near Sixth Street in the city of Austin, Texas, Driskill Hotel is known for its hauntings and strange occurrences. The hotel is well over a century old, and its staff has received reports of ghosts roaming its hallways and rooms. In fact, one such ghost is Jesse Driskill, the original owner of the Driskill Hotel. Guests have also mentioned feeling odd sensations and hearing sounds when no one is present.

Constructed in the 1890s, The Historic Jefferson Hotel in Jefferson, Texas is home to many unexplained phenomena. Interestingly, the staff began keeping a book called the Book of the Dead that recorded guests’ experiences with the paranormal. Unfortunately, the last owner of the hotel took it with them, and it has not been located since. However, the current hotel owners have started a new book. Rooms with the most recorded paranormal activity include Rooms 5, 19, 20, 21, 23, and 24.

Established in Mineral Wells, Texas, the doors of the Baker Hotel were permanently shuttered in 1972. Almost 50 spirits have been rumored as residing in the Baker Hotel, and it was once frequented by an array of actors and Lyndon B. Johnson. Currently under renovation, the Baker Hotel is projected to reopen to the public in late 2022.

Brimming with spooky lore, the Lone Star State has reported its fair share of the paranormal. For example, the tale of the Goatman of Lake Worth took Forth Worth, Texas by surprise in the 1960s. True to its name, the creature spotted was said to be half goat and half man, seven feet tall, and 350 pounds. Spectators insisted he had horns and was covered with hair and scales. The specific incident reportedly occurred in July of 1969, when a crowd of individuals said they saw him sprinting across a cliff and throwing a tire from a pickup truck over the ledge.

The uproar from the incident quickly caught the attention of area journalists and news media outlets. Interestingly, the tale of the Goatman of Lake Worth served as inspiration for future works, including a play and short book. Sections of the short book, titled The Lake Worth Monster of Greer Island, Ft. Worth, Texas and authored by Sallie Ann Clarke, can be viewed on the Tarrant County Historical Journal website.

The state of Texas has a unique connection to the paranormal, and tourists and natives can celebrate the Halloween season by exploring abandoned ghost towns with peculiar pasts, haunted hotels with permanent guests, and delving into local lore. Interestingly, the Lone Star State features a bizarre attachment to many unusual and unexplained phenomena that have arrested the attention of individuals seeking unearthly experiences.